Computer viruses are everywhere and while most modern infections have shifted towards making money or stealing your identity (malware and ransomware).  We can thank the rise of the Internet and our highly connected world for that malicious mutation.  As it would turn out most retro computer viruses worked differently and could either be a harmless annoyance or could carry a harmful payload.  The trouble was you may never know if your computer was infected.

Fear, fame and the quest for knowledge is what kept virus developers interested and where one virus might display a harmless message a variant of the same code could format the MBR and render your data and, the entire computer worthless.

Help! My Retro PC has a Virus

I have been in the process of collecting some old Retro PC hardware for some YouTube projects and before I started tearing into each of the computers, I wanted to take an image of each hard drive and then document the components in each system.

As it would turn out one of the computers had a copy of the Stoned Virus in the MBR and got me excited to see a part of Retro PC history that I never got to witness when I was using computers back then.

The Stoned Standard A Virus is one of the first boot sector viruses to get a world-wide reach and is still considered to be an active infection.  A Boot Sector virus is a bit of code that resides in the MBR and will load into system memory while the computer is booting.  It will then act as a TSR (Terminate and Stay Resident) and spread to any disk installed in the computer.  If the infection is on your hard drive then every floppy you install will then get infected.  If you pass this floppy to another computer then that computer can get infected.

There are even reports of a large and well-known hard drive maker distributing the Stoned Virus on a brand-new hard drive because the machine responsible for writing the MBR was infected.

What is most interesting about these early computer viruses is that many of them never worked correctly and it would seem that the bugs in the code are what made them dangerous.  For instance, the Stoned Virus was designed to be harmless and simply show a message saying that your Computer was Stoned.  This message would only show if a certain bit was detected giving you a 1 in 8 chance of seeing the message. 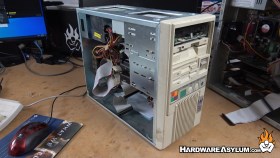 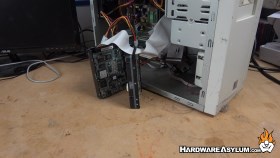 The virus was written for the IBM 360k 5.25” floppy disk (which was popular at the time) and would misbehave on storage systems with higher capacities.  For instance, on 1.2Mb 5.25” floppy disks if you had more than 96 files in the FAT table the virus would remove many of these entries when it wrote itself to the disk.

As a programmer these are the mundane details that you may rarely think about and sadly once the virus has been released there is no way to change the code.  This plagued a huge number of early viruses which were written to be rather destructive but, never really worked or didn’t have a high enough infection rate to make a difference.

Lucky for us, the humble Virus has created the lucrative world of antivirus software and given us peace of mind when it came to using our computers and also made those companies a TON of money in the process.