This is the final video in the Classic case Rebuild and Refurbish project.  I decided to go with the 386/40Mhz out of the Scam Case as it was in better shape, came with a 487DLC Math Co-Processor, a socket for a 486DLC Processor upgrade and didn’t have paint overspray on the expansion slots preventing certain cards from working.

I also ditched the two IDE drives that came with the chassis along with the two floppy drives.  The 3.5” floppy was the wrong color and I didn’t like the 5.25” floppy drive, even thought it might be a better design.

In place of the removed IDE drives I am using an SD to IDE card adapter that is mounted on a custom 3D Printed bracket and the famous Microscience HH-1060 RLL 5.25” half height RLL hard drive.  This drive will be controlled by a Seagate ST22 with the floppy controller disabled.

The process for getting this unique drive combination working is pretty straight forward but does take some planning to get everything right. 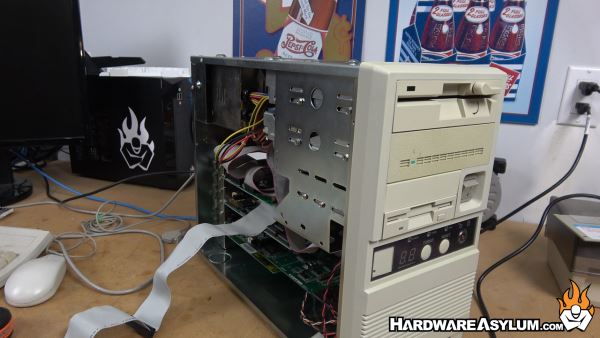 You will want an MFM/RLL controller that has an onboard BIOS for this to work correctly.  The process will install the drive as a secondary device in your computer much like a SCSI or CDROM.

Sadly, MFM/RLL drives have several major limitations.  They are slower than IDE drives, heavy, noisy and most of all, have limited space.  For this build I was able to run the Microscience HH-1060 as my primary drive and used my floppy drives to install DOS and Windows 3.11.  It worked flawless however took up enough space that I couldn’t install much else. 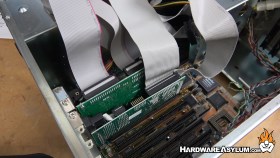 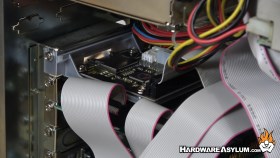 Also, most 386 motherboard BIOS’s will assume that the drives you are configuring are on an IDE controller.  That is how their “Auto Detect” process works and also makes it difficult to run both IDE and MFM/RLL drives in the same system if you want the MFM/RLL drive to be the primary C:\

Please check out the other videos in this project series and consider subscribing if you like my content and want to see more.    If you have questions or comments you can leave them in the YouTube comments section of email me directly.