The interesting thing about Jets is that they work well when they have a single purpose.  Airliners work well at moving people and things.  Bombers work well at carrying heavy things and dropping things on things.  Fighters like to fight even if their only reason for existence is the threat of fighting.

When the lines between what a user wants a product (jet) to do and what the product (jet) can do well is when you run into problems.  Personally, I never liked the F-35, from a visual standpoint it was an ugly jet and when I heard it was going to be used across all branches of the military that seemed like a good idea but had my doubts it would ever become a reality. 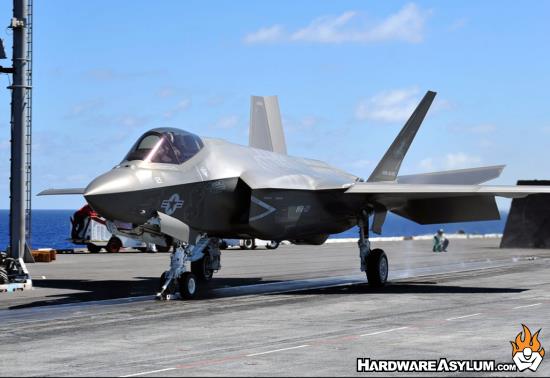 Case in point, there has always been a huge backlash from the community when there are announcements that the F-35 was going to be stationed at a nearby airfield.  People complained it would be too loud, fly too low, etc..

Thing is, jets are loud, get over it.

One of the other issues with the F-35 (from my opinion) is that we had one company designing it and 100's of contractors building the parts.  They claim it was to make the jet cheaper, create jobs and make the manufacturing process faster.  Well, if that was the case we wouldn't be 14 years later with only a handful of jets, millions of complaints and the following comment from the military.

The Air Force has announced a new study into the tactical aviation requirements of future aircraft, dubbed TacAir. In the process of doing so, Air Force chief of staff General Charles Q. Brown finally admitted what’s been obvious for years: The F-35 program has failed to achieve its goals. There is, at this point, little reason to believe it will ever succeed.

“I want to moderate how much we’re using those aircraft,” the general said. “You don’t drive your Ferrari to work every day, you only drive it on Sundays. This is our high end, we want to make sure we don’t use it all for the low-end fight… We don’t want to burn up capability now and wish we had it later.”

In my memory the last time there was a jet shared by all branches of the military it was the F-4 Phantom and we (the US) were in the middle of the Vietnam War.  The jet is iconic, pilots complained about it but, it was cheap to fly and operate, they made a ton of them and some are still in use today.

It makes you wonder if the reluctance to embrace new technology is centered on inflated operating costs, inflated price tags or the realization that the Cold War is over but the arms race is still in full effect and not properly funded or run by the right people.  I’m pretty sure the budgets are right and I will be the first to agree that we need new planes but we also need cheap planes if, the companies and entities using these planes insist on flying them non-stop and using up their operational budget in the process.