With the pending launch of Kaby Lake, the new Intel LGA 115x based processor, it is important to remember that total system efficiency is not dictated by raw processor speed or how fast your SSDs are but rather how quickly it can process information.

In the past enthusiast would go to great lengths to overclock a CPU or RAID a number of hard drives together because those gave you the largest performance boosts.  Given that CPU speed has hit a plateau there is little “practical” reason to overclock anymore and while a bigger graphics card will give you a much needed performance boost it is the system memory that determines how efficiently your system runs and if you spent your money wisely.

For this review I’ll be looking at the Mushkin Redline DDR4 memory modules.  This is a 16GB dual channel DDR4 memory kit running at 3200Mhz with a CAS latency of 20.  Currently the X99 and Z170 platforms are the only platforms requiring DDR4 memory and while the modules are interchangeable the top in frequency support is a little different.  Skylake (Z170) can better support memory speeds faster than 3200Mhz while the Haswell-E (X99) runs best around 3000Mhz.  It remains to be seen if Kaby Lake will have similar memory requirements or will improve on memory speed and efficiency.  Either way, faster memory is the easiest way to better performance. 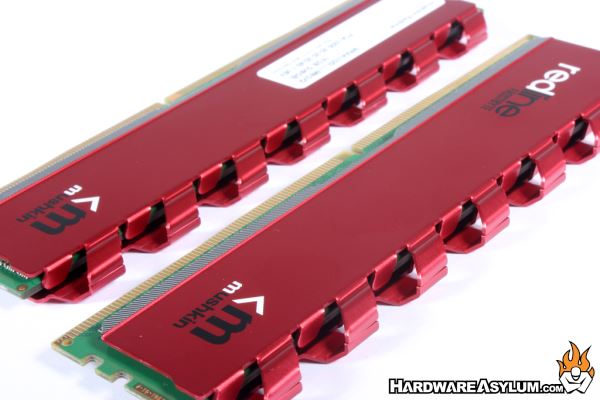 The Redline memory series is rather iconic in that it has always been focused on high-end gaming and sought after by overclockers and enthusiasts since the early DDR days.  Of course as processor and memory technology changed the market demand for modules has been diluted resulting in some companies falling into obscurity.

For instance when an enthusiast, like myself, looks to buy a memory kit I often search for the fastest module I can afford and buy something in that range.  With lower timings you often get some overclocking headroom however that isn’t always the case.  It largely depends on the quality of your CPU.  Of course if you aren’t much for memory overclocking you can get a good margin of stability by finding modules with higher timings, these tend to operate better on a more CPUs giving you the best of both worlds.