NVidia claims there is no Founders Edition for the GTX 1050 series and that every board partner will be creating their own custom designs.  This is something Gigabyte does on a regular basis and it has so far worked out extremely well for them. 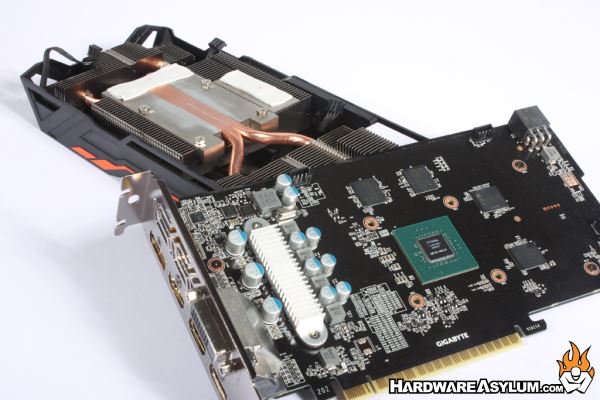 I rather like this design because it tells me Gigabyte fully intended to use a backplate instead of adding it on afterwards.

The Windforce has become a common cooling solution on all of the high-end Gigabyte video cards and is often regarded as one of the coolest factory heatsinks on the market today.  Each video card gets a special heatsink design with some very obvious differences between the designs. 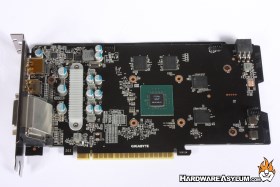 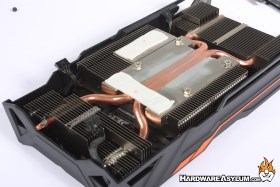 This version features a twin heatpiple cooler with core contact heatpipes and cold plates for both the memory and VRM.  This ensures that the GPU gets priority cooling while still addressing the cooling needs of the memory.

If you have seen any of the lower end GTX 1050 board designs you will have noticed that the VRM is located on the side closest to the video connections.  The Gigabyte design is following this pattern and features a four phase VRM with a dedicated cooler.  Opposite of the GPU you’ll find memory chips and the external power connection, supposedly to increase overclocking headroom. 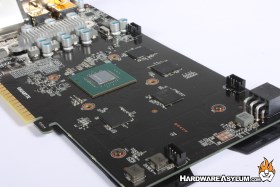 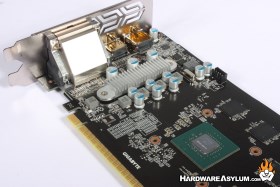 The four pin headers along the edge control the fans and RGB lighting effects.