One of the common topics over the past year was the lack of GPU availability.  We have all heard about it and many of us had to deal with it in one way or another.  Basically the situation is that with the rapid price increase of crytocurrency there is an increased demand from miners to get involved, buy more cards and increase their profit potential.

Profits are determined by a number of factors and there are online calculators that help you find a balance between hash rate calculations and cost of electricity.  This can give the user an idea as to how quickly they can turn a profit at any given point.  From there they can determine profit potential and as with everything computer related, more is better.  Of course variables like exchange rate (price) and mining difficultly to factor in and for the most part they go up in a predictable pattern.

How does this impact the PC market?

The accepted answer is that cryptomining is negatively impacting the PC market.  The target demographic is unable to purchase the products and when they can the price is inflated.  This is basic high school supply and demand.

Of course, you can look at this from a variety of angles and the one I find interesting is from the hardware manufacturers. 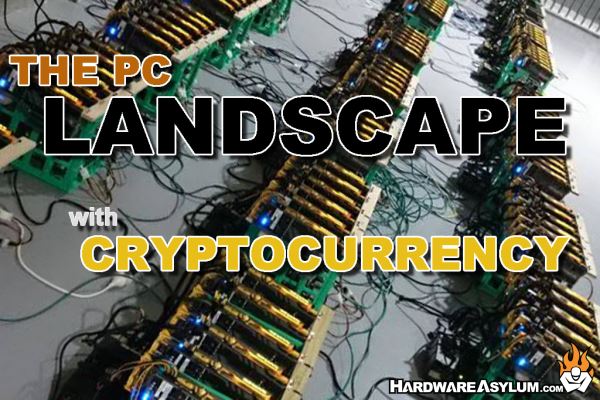 For years hardware sites, like Hardware Asylum, have noticed a trend in the market where PC hardware is ahead of the software.  This is something Darren brings up on the Hardware Asylum Podcast and it boils down to the fact that a 7 year old processor is powerful enough to run anything on the market today.  Games are less reliant on CPU power and unless your system breaks there is no reason to upgrade.  Video cards are a different story and have a different upgrade schedule.

The realization that upgrading every year wasn’t needed really put hardware makers in a scramble to create reasons for users to buy new hardware.  During this time we had specialized overclocking motherboards along with the rise of Gaming specific hardware and elaborate marketing to make components attractive.  In a way that worked however it was niche and sadly a motherboard maker is only profitable when pushing volume.  While limited edition motherboards are pretty darn awesome the numbers just aren’t there.

Simply put, hardware makers were struggling, margins were down and in a way the entire PC market is to blame.  Intel/AMD released super powerful processors, motherboard makers started building bulletproof motherboards to save on RMA costs and lazy game programmers focused on game consoles over PCs and killed the need for a high-end gaming computer.

Combine that with “bargain hunting consumers”, “cheap” OEM style PCs and the rise of powerful mobile devices and you have completely unsustainable market.

Then comes along the cryptocurrency boom

Remember at this point big hardware makers like MSI, ASUS, Gigabyte were surviving on Chinese demand.  RGB LEDs?, Gold heatsinks.  Ya, all of that is because the Chinese and emerging markets LOVE that stuff.

In 2014 there was a spike in Bitcoin price.  For years it was hovering around $100 USD a coin but it sharply spiked to $1000 USD and started a mining craze.  News outlets were reporting on it and more and more people started to get involved with the promise that your gaming PC could mine for these digital coins which equated to free money.

The demand was short lived and when the Bitcoin difficulty jumped enough to make GPU mining unaffordable miners started to diversify and ASIC hardware (specialized hashrate miners) took over.  AMD GPUs are powerhouses when it comes to mining due to how many cores are available but, they are hot and require a lot of power to operate which makes GPU mining unaffordable.

Then something happened, May 2016 at the Dreamhack gamer gathering in Austin Texas NVIDIA CEO Jen-Husn Huang launched the GTX 1080 and Pascal GPU architecture.  This new GPU was insane.  It was super powerful with 2x the performance of previous generations and 3x the efficiency of the (then) current Titan X. 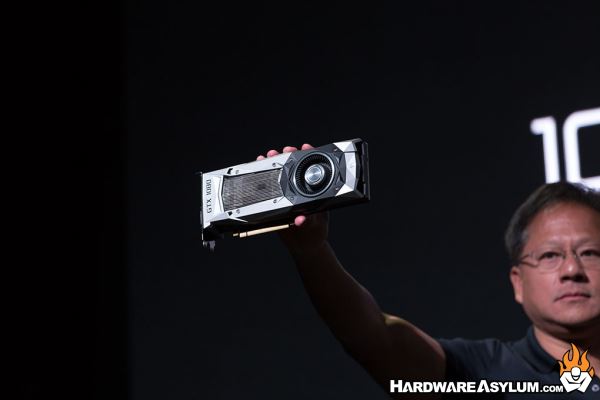 The key here is speed and power efficiency and once again mining cryprocurrency became viable again and by now alternative crypocurrencies like Litecoin and Ethereum were gaining in popularity.  The major difference was that unlike Bitcoin they were not difficult to mine with a GPU and as a result miners spared no expense and starting buying up every 10 Series GPU they could find and even started pre-purchasing entire shipments of cards even before they were delivered.