One thing about Zotac, they aren’t afraid to try something new and given their track record for delivering some pretty amazing small form factor computers it is only fair they continue.

On display they had several computers on display following the familiar ZBox utility PC.  We have seen these before and they work great.  Heck, my local sandwich shop powers their digital menu with a ZBox.  Seems good right?.

MEK1 is a new All in One gaming machine.  It is built on a Mini ITX motherboard design using desktop processors and desktop graphics.  To be honest it looks like an old Xbox 360 and for some reason I’m not bothered by that. 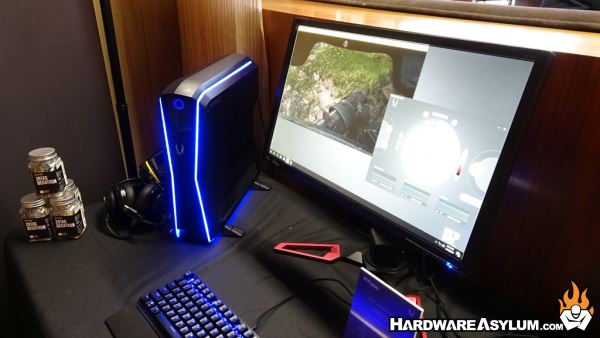 Inside the case Zotac tells me there are heat chambers to separate video card heat from CPU with each section handling their own cooling demands.   Spectra lighting powers the RGB effects which appear as light strips along the top and front of the MEK1 chassis.

Another All in One gaming system on display is an early concept where an entire Zotac PC is housed behind a curved widescreen gaming monitor.  They did such a good job that it is even difficult to tell where the PC begins and the monitor ends. 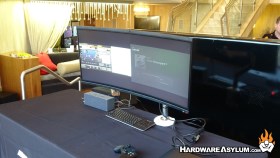 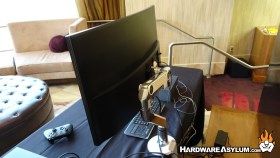 Their demo had the monitor showing half a screen from the PC while the other half was hooked up to an XBOX.  It will be interesting to see where this product goes in the future and how powerful it can be and still remain attached to a monitor.