MOA or the Master Overclockers Arena is a MSI sponsored overclocking event designed to bring attention to MSI hardware and give overclockers a chance to gain notoriety in the field.  Now I have participated in a few online overclocking competitions before with no real success other than saying I participated.  Personally, I look back on those events and feel that my failures were split between hardware selections (the binning process) and skill.  Knowing this I set out with a different approach to the MOA qualifier

The first step was hardware selection.
Cooling
I had recently purchased a set of Ryba wide slim GPU pots so I could start freezing video cards.  This purchase alone was instrumental in my decision to compete since putting cards "on the juice" would be a requirement for this competition.  I was already setup with a variety of cooling solutions for the CPU including high-end watercoolers, DIY waterchiller, Single stage phase coolers and a LN2 container.
Hardware Selection
The hardware selection was rather easy since I knew what I needed.  Competition rules stated you could use anything available in retail channels, before the start of the event, and motherboards and video cards had to be MSI branded.  The start of the competition was well before the Ivy Bridge launch so that left X79, Z77 and P67/Z68 motherboards along with the Radeon HD7970 and GeForce GTX680 giving preference to the HD7970 Lightning, assuming you could find one. 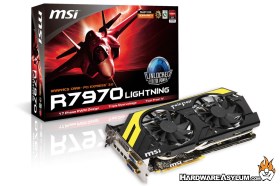 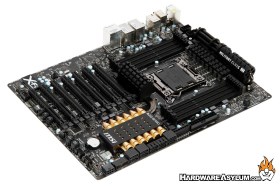 Contest rules were written to favor the early adopter and MSI hardware enthusiast.  By the time MOA was announced the high-end X79 Big Bang and HD7970 Lightning were in short supply leaving many folks to assume this was done on purpose.  I was lucky to find a HD7970 Lightning card on ebay for an acceptable price and decided to spend some extra money and buy the MSI Battlefield 3 bundle  so I could run the X79 Big Bang Xpower II.  As an added bonus the bundle came with a vanilla HD7970 which actually proved to be quite helpful.
Processors
Part of my decision to go with the X79 was due to my familiarity with LGA2011 and that I already had the Core i7 3960X.  Looking back I'm sure my 3960X would have been plenty of processor for the competition but I wanted the opportunity to find something that would clock higher than 5.2Ghz.  So, in addition to the 3960X I bought two 3930K processors and hoped I would get a good one.
General Information