The act of delidding goes back quite some time to when chip makers started putting the CPU die on top of the processor substrate (or package).  Before then the die was under the substrate on the same side as the data pins and fairly well protected.  By flipping the chip it allowed them more control over the size of the die and improved cooling.  However, it also exposed the die damage due to incorrect heatsink mounting.  There were several ways for chip makers to address this issue and the most common was by adding a heatspreader.

Early processors like the cartridge style Pentium II benefited from a delidding process because of the thermal compound used to connect the CPU to the cartridge.  Replacing it was rather simple but required you to disassemble the cartridge.  Modern CPUs like the Pentium 4 and Althon64 both came with copper based heatspreaders to protect the die and instead of using thermal paste they directly connected the die to the heatspreader using a soldering tekniq.  It was so effective that delidding was no longer needed.

Now, let’s fast forward to the release of the LGA 1155 Ivy Bridge.  Up until this point every CPU had featured a soldered heatspreader along with very accurate thermals and good overclocking potential.  Ivy Bridge changed that due to Intel switching back to using thermal compound (TIM) again.  Due to the complexities associated with delidding a modern LGA 115x CPU many hardware enthusiasts have started looking for tools to help them delid their processors in hopes of preventing delidding failures

In this review I’ll be looking at a tool designed to safely delid your LGA 115x processors (excluding 2000 seires Sandy Bridge) called the Rockit 88 from Rockit Cool.  This was a project that got kickstarted last year and has since become one of the premier products used for delidding processors. 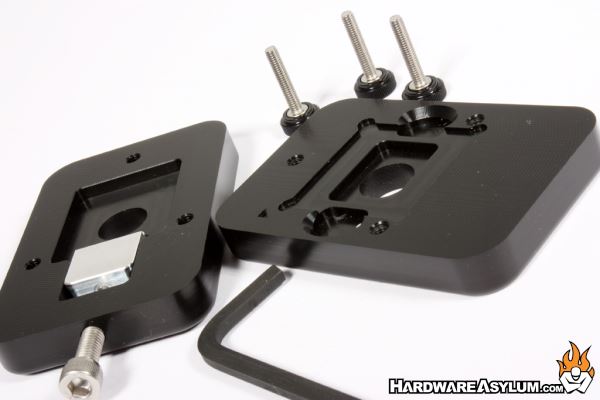 This kit comes in two parts.  The Rockit 88 delidding tool and re-lid kit.  The delidding tool captures and holds the processor while an aluminum pusher is used to separate the heatspreader from the substrate. 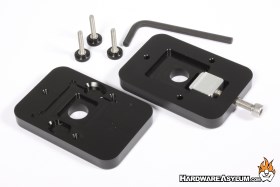 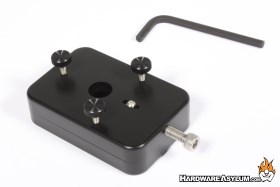 Overall the process was very efficient and extremely safe due to the design.  Of course your warranty will be void but that is to be expected.

I have prepared an operational video showing you how the Rockit 88 works along with the process used to clean and reassemble a Core i7 7700K Kaby Lake LGA 1151 processor.  At the end of the video I show actual temperature tests using an EVGA Z270 Classified K with the processor at 5.2Ghz @ 1.25v.

Over the years I have delidded a good number of CPUs including a few cartridge style processors and even removed the lid on an AMD K6 so I could try out direct die cooling.  Before this review I delidded a Haswell Core i7 4770K using a razor blade which was fun however, it was also the first time I actually knew I could damage the CPU if I wasn’t careful.

The Rockit 88 removed all of the danger from the process which is a key feature considering that Skylake and Kaby Lake both have an extremely thin CPU substrate that can be bent and broken by simply installing the CPU incorrectly.  This danger is compounded when attempting to slide a razer blade between an unbending chunk of copper and flexible CPU package.  As the video showed the Rockit 88 not only made delidding easy but also gives you a platform for holding the delicate CPU while you clean it and prepare it for reassembly. 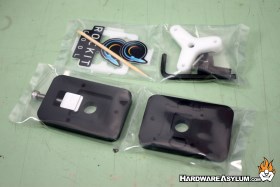 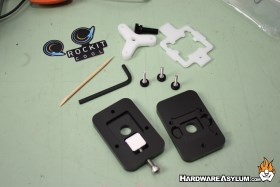 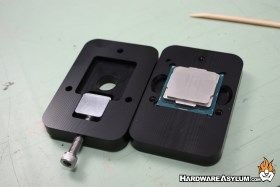 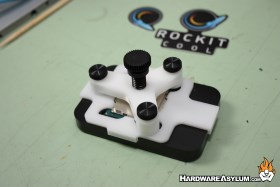 Of course the question on everyone’s mind is “why?”  The answer is complex and yet comes down to one thing, temperature control.  By delidding your CPU you can likely enjoy lower overall temperatures which can allow you to tune your cooling system to be quieter.  The same amount of heat is being transferred however is now moving more efficiently and allowing your cooling solution to work at its potential which can benefit standard and overclocked systems alike.

If you want to try delidding for yourself be sure to check out the Rockit Cool Rockit 88 delidding tool which can be purchased from their website or directly from Amazon.

Related Links
Kaby Lake Under the Knife and Computer Hardware Needs to Settle Down
MOA 2013 Semi Finals, De-lidding the Haswell and Death of the Point and Shoot
RockitCool
Rockit 88 Delid Tool for Intel CPU