I already have a video and article up on repairing a battery damaged motherboard and for those who are unaware, many old motherboards had a rechargeable battery onboard to store CMOS settings.  As with most rechargeable batteries you will find that they tend to degrade over time and if your battery has seen extensive uses it can sometimes explode and leak caustic battery juice.  This fluid loves to attack metal which can be really bad for electronic components.

The motherboard in the Classic Case build had extensive damage that was targeted right around the motherboard mounting hole below the battery.  My guess is that when this system was taken out of service it was stored on its side which allowed the battery contents to pool up and attack that one region.

As a result, many of the traces near the battery have been consumed by corrosion including the brass standoff holding the motherboard down and some of the chassis metal.  Luckily, the damage is pretty easy to repair given that it has been localized into a single location. 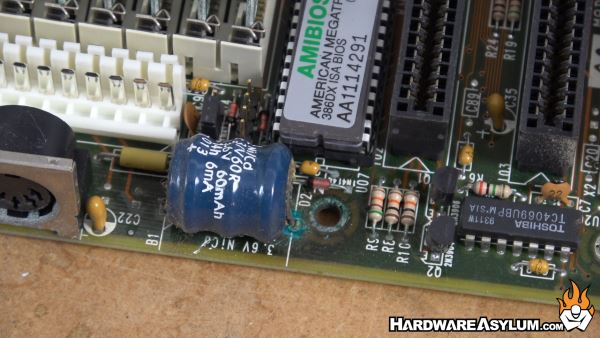 I’m using some household white vinegar to neutralize the battery solution and clean up the corrosion salts that were left behind.  I cannot tell if any of the traces between the PCB layer were damaged however, I could see that the vinegar did get between the layers and started to pop when I was testing the board after the repair. 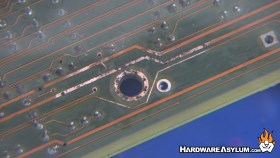 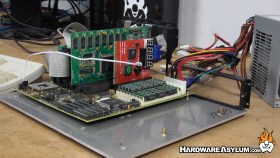 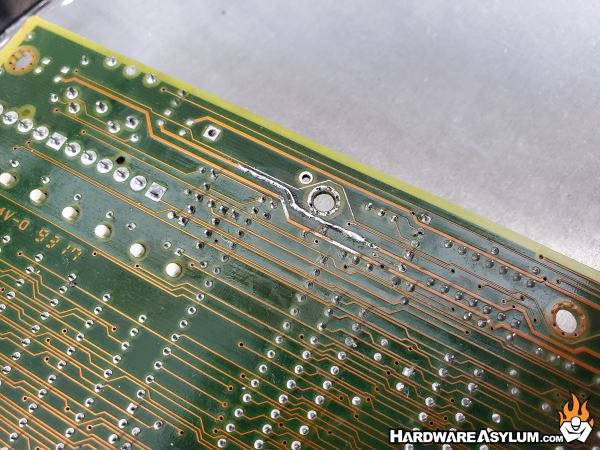 Overall, the repair required that I solder on a new trace and tin over many of the existing exposed traces.  After that some nail polish was used to insulate the exposed metal.

Some sandpaper and metal polish was used to clean up the chassis.