With the global chip shortage impacting what I do on Hardware Asylum I decided to branch out a little and dive back into Retro PCs.  Now, while I am a firm believer that certain Old, Retro and Vintage computers are, in fact, worthless that hasn’t stopped collectors from getting in on the action and driving up the cost for these rare machines and components.  Certain YouTube channels have also focused on Retro and Vintage Computer hardware which has also increased demand.

While I feel that certain computers are worthless there are certain aspects of that generation that intrigue me and one of the biggest of these is the MFM and RLL hard drives.  These storage systems are extremely big and heavy, data access is slow and they lack storage capacity when compared to more modern methods. 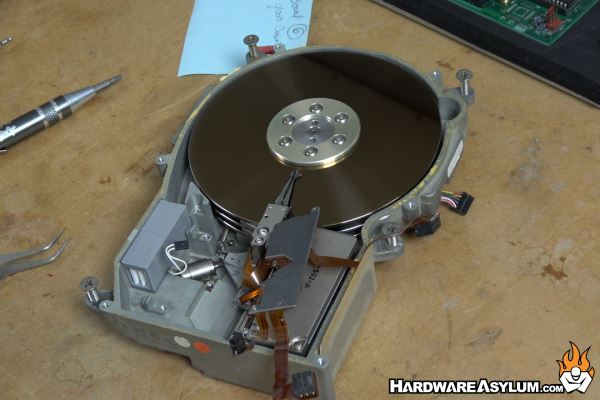 The drive featured in this video is a Microscience HH-1060 Half Height RLL Compatible hard drive supporting 66MB of storage capacity.  In terms of size the drive will require a standard 5.25” external drive bay and to access and control the drive you’ll need a ST412/ST506 MFM/RLL drive controller.

For those of you familiar with IDE hard drives (which also includes SATA drives) the control board attached to the drive is “paired” with the storage system and knows how the drive is formatted, how fast the components and controls all of the mechanical/electoral connections.  When IDE drives first started to hit the market there was a BOLD warning saying that you should never Low-Level Format an IDE drive.  Doing this will render the drive useless though I’m wondering if it was even possible. 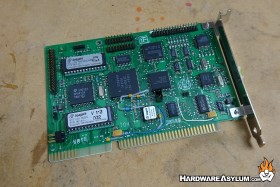 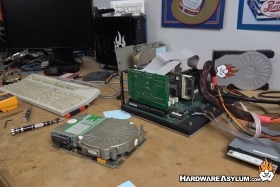 MFM/RLL hard drives are different and work like floppy drives where the electronics on the device only control the mechanical properties.  The MFM/RLL controller handled the data access and needed to be “paried” together.  This pairing was called a Low-Level Format and was the controller setting the tracks and sectors in a way that the controller could understand.  Once this process was complete you could run FDisk which set the partition table and gave it a drive letter.  You would then High-Level format the drive which created the file system.

At this point you could never separate the hard drive from the controller as it was the only device which could read the data.

These old hard drives fascinate me in how mechanical they are and how little rotational storage has changed.  In fact, the only major difference is in overall storage capacity and the physical size.

There are a number of things that can break on these old hard drives.  One of the most common, especially considering the age, is that they simply wear out.  Bearings in the motor can seize up, the magnetic surface can develop physical damage and the control boards can catch fire.

On this particular drive the motor spins and the control board appear to work correctly but the drive never fully completes the power up sequence.  The sequence works something like this.

The issue with this drive is that the head lock solenoid is not longer activating and keeping the heads from moving.  My fix will be to harvest a working solenoid from another damaged drive and swap it out.  The whole process takes about 20min.