It is interesting to see that most of the processor leaks these days are coming from when benchmark results are uploaded to the company website instead of being emailed around.  This was a serious problem back in the day and would incite some pretty serious witch hunts to find where the leak came from.  Some of the classic ones to stir up the hornets were when NVIDIA results made it to the Futuremark Hall of Fame.  As we know NVIDIA plays their product releases very close to the chest and when leaks happen they tend to make a big deal out of it.

There seems to be less honor in the community these days and maybe it is a case of "leaked sex tapes" that might get a day in the press only to quickly go away provided that nobody says something.  However, when the person in the tape makes a big deal out of it that tends to make things worse.

In this case we have leaked Rocket Lake benchmark samples making it to Geekbench not only does Geekbench allow the results to remain online but rumor mill sites latch on to it and start dissecting what has been posted.  It is almost like they were tipped off because, seriously, who the F browses the Geekbench results on a daily basis. #facepalm 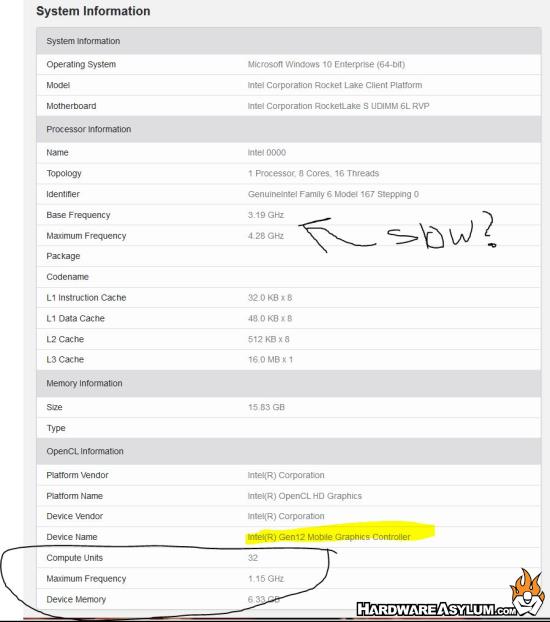 Check out the news release on HotHardware as they report on data collected from the new Intel Xe onboard GPU that should be available in the new 11th generation Intel CPUs.  I don't suspect onboard graphics will replace your RTX 2080 Ti any time soon but, you never know.