The IBM PC Turns 40 and PCMag was there, both then and now

For those of you following the Hardware Asylum YouTube channel you may have noticed that I have gotten on a "retro kick" lately and started checking out some of the old hardware I have collected over the years, including some new stuff.

Well, even I have my limits.  The IBM 5150 is/was an iconic machine that set the tone for what the Personal Computer was and how companies like Apple where going to change that perspective.  It was slow, had very little memory and limited usage due to the software packages available.

But, we had to start somewhere! 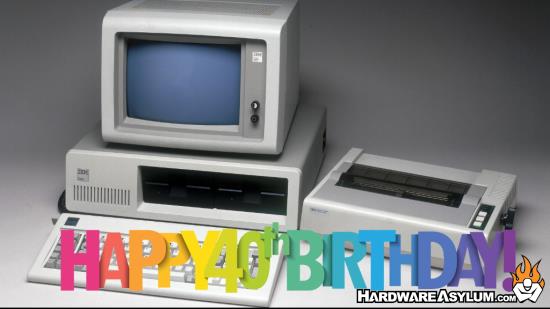 In celebration of the 40th anniversary of the IBM personal computer introduced in August 1981, PCMag digs into the print archive of PC Magazine to our first print edition interview with Bill Gates to discuss the advent of the IBM PC. He anticipated IBM would be able to move approximately 200,000 units and we verified that IBM did in fact end up selling between 175,000 and 200,000 PCs in 1982.

We also dug into the IBM PC Model 5150—the family name of the first IBM PC. You can see the lovely glamor shots as we marvel at the 40-year old computer in our teardown piece.

Reporting for PCMag, Michael J. Miller also takes a look at the important steps the IBM PC took to make itself the dominant PC in the market and set the tone for the PC market to evolve.