The Thermaltake P6 has been a popular case for many years and, in a strange twist of fate, has also been copied and sampled enough that you can see its influence in many popular designs.

For those that don't know the P6 is an open air chassis design that was first launched as a case you can mount to the wall.  While that seems like a crazy cool idea the reality is that NOBODY has time for that or would bother doing it. 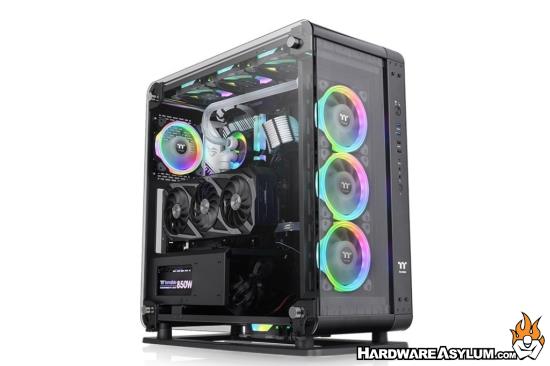 Instead of going back to the drawing board they took a page out of the many P6 copies that opted to enclose the case and make it more of a traditional tower.  Which is what we have here.

The Thermaltake Core P6 TG is a chassis meant to show off your components in extreme style. You can easily transform your design into an open chassis with the removal of a couple of screws. You won't be limited by the case's specifications when it comes to what you want to achieve with the Core P6 TG!

Now for my challenge, find the copies!

, go on, it isn't difficult, in fact it is the most popular case on reddit!.  So popular that Thermaltake even copied it, a copy of a copy LOL.