This might be one of the coolest LGA 1700 motherboards I have ever seen and yet, it looks almost exactly like the EVGA Dark series.  Same coolers, same PCB layout, same benchtop controls and even the same audio solution. 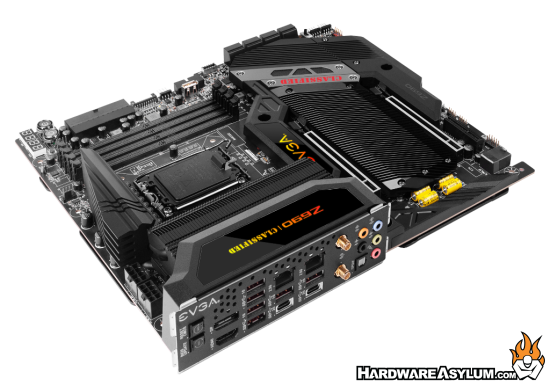 In fact, the only thing that seems to be unique is the lame arse RGB implementation.

The Z690 CLASSIFIED motherboard from EVGA is a fine example on how a high-quality mainstream to enthusiast board should look and be equipped, if money is not the main concern when building a system. It comes with a solid 10-layer PCB, a 19-phase VRM in order to handle overclocks, plenty expansion slots for both VGA/sound cards/other but also for M.2 storage, no less thank two 2.5Gbps LAN interfaces, a very well built audio interface which incorporates the proven Realtek ALC1220, integrated WiFi 6E via Intel’s AX211 adapter, dedicated voltage measuring points, a four-digit display for detecting init faults, which also doubles as a CPU temperature display, many PWM headers for system fans but also pumps and more…

Despite this, I am looking forward to checking out the new batch of EVGA motherboards though it seems the supply issues have finally started to catch up to them.