Nvidia pays $5.5 million for hiding how gaming GPUs were sold

So, the big news this week is how the SEC has fined NVIDIA for allegedly hiding how many GPUs were being sold to gamers vs how many got allocated for crypto mining.  According to the SEC this lack of disclosure left investors in the dark when it came to their evaluation of NVDA and could have impacted the overall stock price. 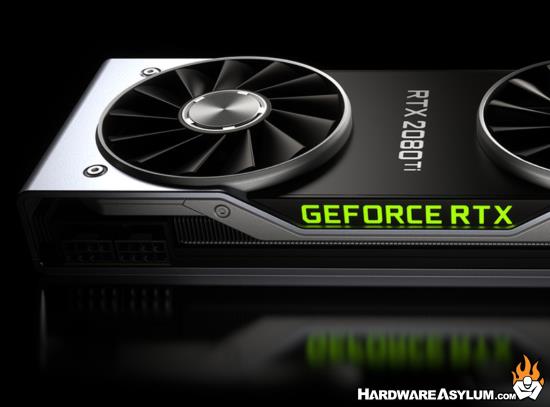 It is no secret that the NVIDIA stock (NVDA) has been on fire the past several years and in 2021 the stock split 4:1 allowing current shareholders to quadruple their holdings while also lowering the overall price for new investors.

The charges stem from Nvidia’s fiscal year 2018 financial reports. The SEC notes Nvidia saw an explosion in crypto mining-related sales in 2017, when the rewards of mining Ethereum grew dramatically. Crypto mining was widely reported as a cause of GPU scarcity, and Nvidia launched a separate CMP line specifically for mining, attempting to prevent shortages for gamers. But employees apparently acknowledged that many gaming GPUs were still going to miners. “The company’s sales personnel, in particular in China, reported what they believed to be significant increases in demand for Gaming GPUs as a result of crypto mining,” the order says. ~The Verge

As part of running Hardware Asylum it is in my best interest to follow what my mfg partners are doing.  Sure, I miss a few things here and there but, when it comes to NVIDIA I didn't see anything out of the ordinary.

What we know is that video cards were in high demand and crypto farmers were bragging about how many cards they got.  It isn't difficult to make the connection.  On the side of NVIDIA they sell GPUs which are then installed on a variety of expansion boards (Video Cards).  Some are built by NVIDIA and white boxed to OEMs while the majority go to board partners who build their own designs.  All NVIDIA would know is that they sold a certain amount of chips for video cards and those cards are designed for video GAMING.

AKA, This puts those sales under "GAMING"

What I find interesting is that these investors uncovered this doing their "real research" and have drawn a line between NVIDIA selling GPU Chips designed for gaming to how consumers are ultimately using those products for something else.  NVIDIA doesn't care what customers do and some would say (myself included) that the NVIDIA GPU was designed for more than just gaming.

To further complicate matters you also have to consider that the majority of the GPUs (if not all) that were sold into crypto slavery were done so at the OEM level.  These companies will put in massive bulk orders with the intention of selling off a portion to crypto farms.  This was uncovered a LONG time ago when AMD/ATI video cards were in short supply and has now migrated to the NVIDIA camp.

Seems to me that someone at the SEC lost out on their NVIDIA investment and is just looking for payback.