To do an accurate comparison we need a number of things including identical systems which are running similar memory configurations so to minimize any variances and determine what, if anything, is impacting performance.

Now, the reality is.

DDR5 is an extremely new memory platform and currently only available on the Alder Lake and Z690 chipsets.  In addition, finding a motherboard that supports both DDR4 and DDR5 is next to impossible in the retail space.  There will be industrial motherboards that support this configuration along with memory adaptors but, I neither have nor, will be looking to acquire these products.  On top of that many of my normal benchmarks have poor Alder Lake support (as of this review) so, we will have to take a high-level approach and build things out from there. 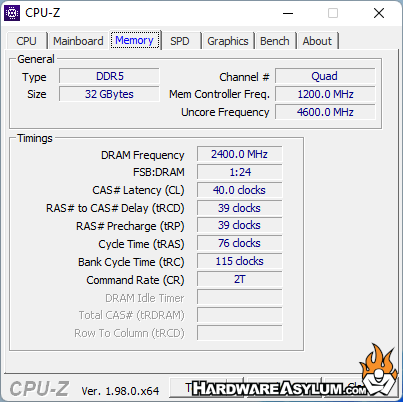 One thing I noticed in both the Crucial memory specs and from CPU-z is that this registers as a quad channel memory system despite there only being two memory modules.  Based on that I will be including some quad channel systems from the Hardware Asylum archives to help with these comparisons.

Sandra is a software collection of synthetic benchmarks that will give us a basic idea as to what a system is capable of. It should be noted that SiSoft numbers change depending on what hardware is being tested.  These were recorded using Sandra Professional Version 31.60.2021.12 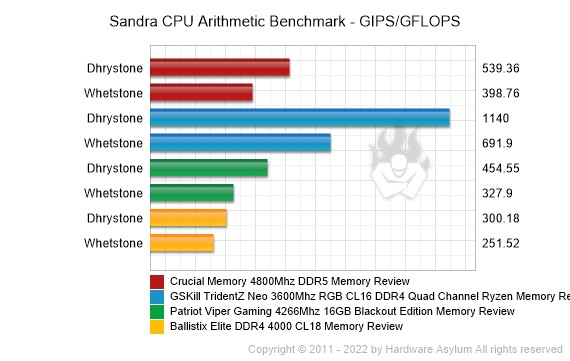 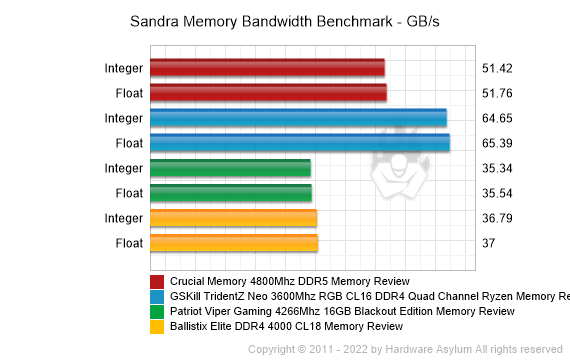 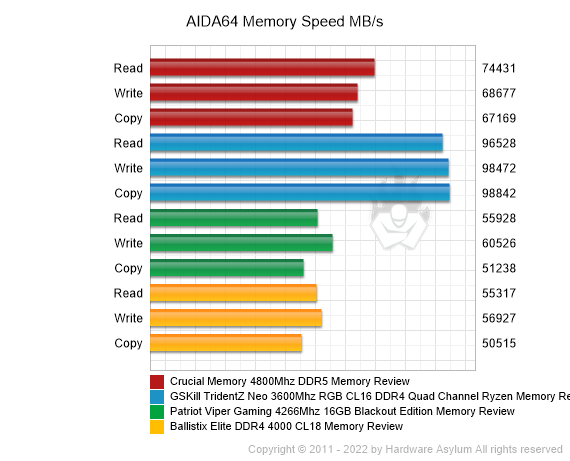 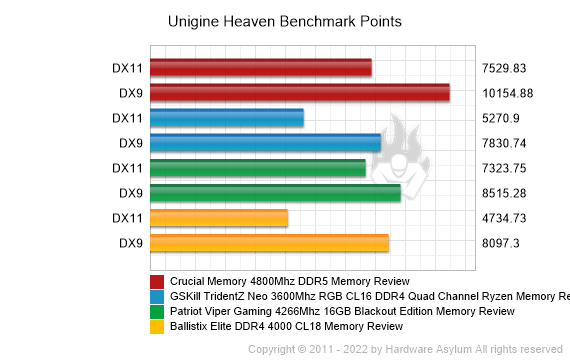