Sound Blaster sound cards have been around since the infancy of DIY PC building. Most enthusiasts have had at least one good Sound Blaster product and probably have a good story to go along with it.  With the growing popularity of personal media devices and budget friendly laptops, most of us have been living with mediocre onboard sound options despite shifting our media over.  Creative wants to change that with their latest USB sound card the Sound BlasterX Pro-Gaming G1 7.1 Portable Sound Card.

Ok, it doesn’t work with everything *Cough Android Cough*, but with PC, Mac and even PlayStation 4 the BlasterX Pro-Gaming G1 has a good start at saving you from your on board sound! 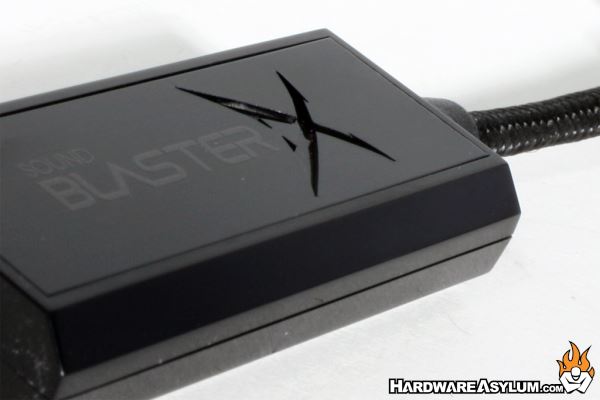 The BlasterX Pro-Gaming G1 isn’t exactly eye candy with its all black construction just about the size of a USB drive.  It’s Sound BlasterX Logo isn’t bright or flashy even with the cool X cutout lit up in a soft red.  But maybe that’s the point.  You don’t need a flashy device attached to your tablet or laptop. You just need a device to disappear and do its job.

Let’s take a look under the hood.

Creative is the worldwide leader in digital entertainment products. Founded in Singapore in 1981, Creative started with the vision that multimedia would revolutionize the way people interact with their PCs.

Since launching the phenomenally successful Sound Blaster sound cards and setting the de-facto standard for PC audio in 1989, Creative has been able to leverage on its leading-edge audio technology, a huge user base of 400 million, and strong brand name to expand into the exciting lifestyle Personal Digital Entertainment (PDE) market.