The GTX 780 Ti, according to NVIDIA, is the fastest GPU in the world and is yet designed to do much more than win benchmarks.  For instance the gaming enthusiast wants more from their games including higher resolution, better performance and quiet operation.  These are key for creating an immersive experience.  Overclockers and Hardware enthusiasts also want something from their hardware and that often goes beyond the technology.  They want things like enhanced cooling solutions, factory overclocking and the ability to assemble a system that delivers more than what is on the box.

In this review we will be looking at one of the latest performance video card from EVGA called the GTX 780 Ti Classified.  Those of you familiar with EVGA will know the Classified edition products are custom designed for overclockers and hardware enthusiasts to deliver superior performance. 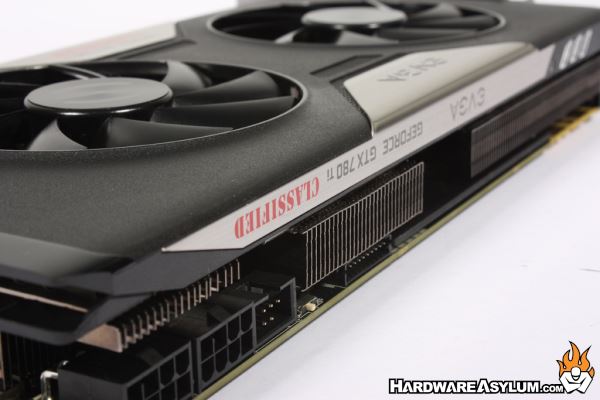 For those of you following the GTX Titan launch earlier this year you will know that the GPU used on that card was an extension of the GK110 architecture designed for super computers.  Given that the GPU is similar to those used on retail cards it was easy for them to repurpose the chip and thus make the first retail/professional cards not tied to a numbered series.  With that card came a variety of new technologies including the famous GPU Boost 2.0 which will dynamically change GPU frequency based on pre-defined temperature targets.  In layman’s terms the cooler you can keep the GPU the faster and more powerful it becomes.

A trimmed down version of the GTX Titan core became the flagship GTX 780 which can be found at the heart of the extremely popular GTX 780 Classified and GTX 780 Lightning.  Both of these cards feature custom PCB solutions designed for overclocking and are highly regarded in the enthusiast community.

As you can imagine the GTX 780 Ti Classified is virtually identical to the GTX 780 Classified when it comes to PCB and heatsink design.  The differences lay in the architecture of the GTX 780 Ti including more SMX cores, faster memory clock and extremely fast 7GHz GDDR5 memory.

Card specs are typical for a hot-clocked video card and unless you know what is under the hood you may think the GTX 780 Ti Classified isn't all that different.