Over the years I have collected a fair amount of computer hardware.  Most of it was out of necessity, as you see when doing product reviews, you often need to refer back to a previous build to run some extra tests or verify a new firmware so I kept most everything.  When components grew old, they would get migrated out, given away and even used in personal builds.  However, many of the rarest and most unique products were pushed into my personal collection for safe keeping and, all the memories.

Lately I have been feeling nostalgic and started going through the collection to see what cool bits of hardware I could share and the unique stories behind them. 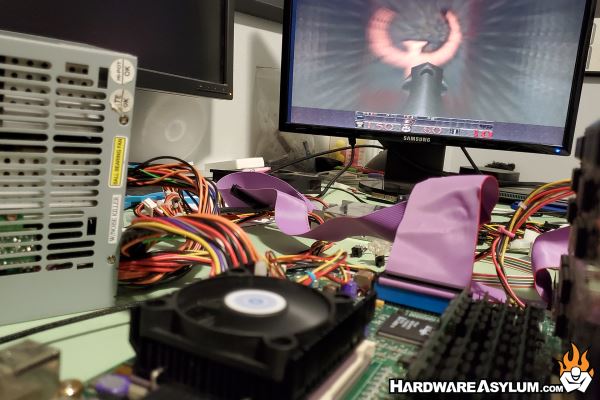 The first product in this series is an Intel VS440FX motherboard supporting the Pentium Pro.  I acquired this motherboard from a co-worker and was really excited to have it.  While I have no personal connection to “this” product the Pentium Pro had been a platform I lusted after for years.  Sadly, the platform was way to expensive for a college student and it is nice to take a stroll down memory lane for some retro gaming and benchmarks.

For the video I put together a gaming machine featuring a Pentium Pro 180 with 128megs of RAM, Diamond S3 graphics card, Sound Blaster Audigy 2 sound card and 2x 3dfx Voodoo 2 graphic accelerators in SLI.  All of this was run on Windows 2000 SP4 from a Western Digital 36GB Raptor hard drive. 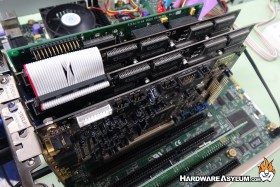 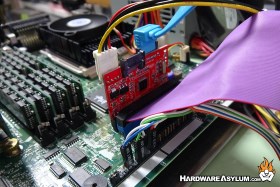 The Raptor and Windows 2000 are a little advanced for the Pentium Pro and the Voodoo 2 was released after the Pentium II launched but, given how well this entire package worked I could easily see gamers doing something similar.

When I acquired the motherboard the processor had been overclocked to 200Mhz and was a common thing for people to do.  Little did they know you could actually run this CPU at 233Mhz with some undocumented jumper tweaks. 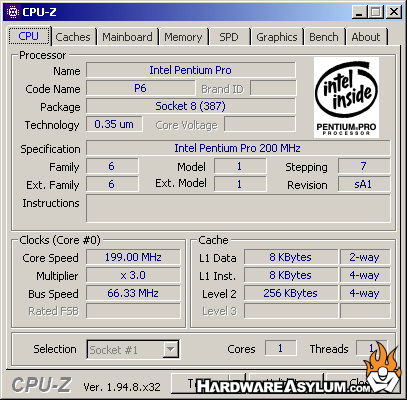 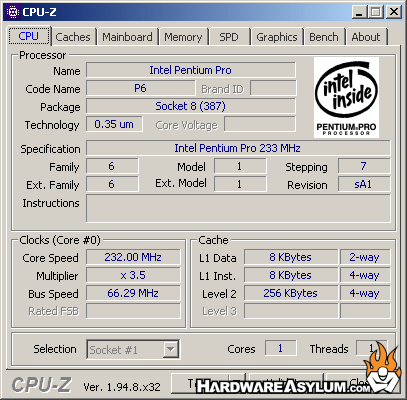 Quake 1 is a classic FPS.  Sound was enabled and default settings used.

It is difficult to explain but playing old games on period correct computer hardware just feels different.  For instance, when you play Quake 1 through steam you are running on WinQuake and limited to the driver configuration that Steam gives you.  Getting GLQuake to run is somewhat difficult and even on modern hardware the performance can be glitchy.  Playing Quake 1 on Windows 2000 with full 3dfx support was an amazing experience, controls could be mapped properly and even on the “slow” Pentium Pro 200 I was pushing 80+ FPS at 640x480 with excellent smoothed graphics and the glowing bits from the GL extensions.

The experience was just magical.

Moving to Quake II was a little different.  The game is a little more demanding and the CPU was showing its age.  There was still plenty of power to run the game and get decent framerates but there are certain areas in the game that demand too much from the CPU.

Overall, I really enjoyed my trip down memory lane and the exercise in getting some old hardware to work.  While I have everything to make a system like this run I found out quickly that while IDE hard drives might be best there was a reason we ran RaId 0 Stripe arrays across 2 or more drives.  Thankfully we have IDE to SATA adaptors and some pretty amazing SSDs to choose from.

Maybe the next board will be a Pentium II with some head to head scores between these two systems.