Back in the days of Ninjalane I would post a little something in the Forums about what I had planned for the coming year along with some details about what went right and what was a total failure.  Unfortunately the world of computer hardware has been fragmented with the influencer crowd doing whatever they can to make a buck while leaving us “professionals” struggling to stay alive, or worse serve as the “source” for a Techufluencer video.  Truth is there isn’t much to discover in the world of computers as the technology hasn’t changed much and many consumers are content with a cheap laptop or iPhone.

2019 was a pretty exciting year for Hardware Asylum.  We started off with three amazing Z390 motherboards including the Aorus Z390 Waterforce Xtreme featuring a full coverage waterblock.  The motherboard eventually became the centerpiece for a built that followed me to the BoiseLAN and then used as a presentation piece at Hackfort.  At both of those events I was able to do some LN2 overclocking and even set a new GTX 1050 Ti record during the event.  In August a project I had been planning for over 5 years finally came to light and was how to use to use exotic fluids in your water loop.  In this case the exotic fluid was Vodka and we went sub ambient with the help of my Single Stage Phase chiller. 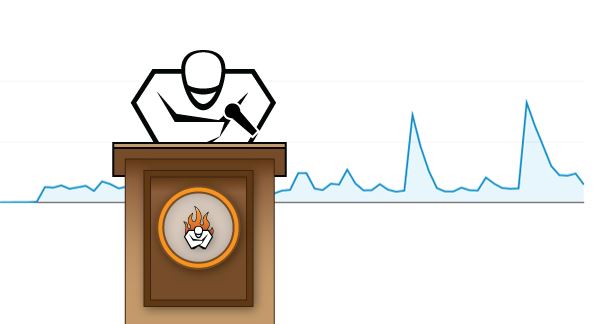 In June I was again able to attend Computex 2019 making it the 13th time I have attended the show.  I have mentioned this many times but trade shows have changed a lot over the years.  Computex used to be all about sales and there are some vendors who treat their booth that way.  However, many have switched to a media based booth where it’s more about brand awareness than anything else.  As a media person this is extremely distracting and while I’m there looking for stuff to write about that isn’t even what the booth attendants are there for.

After Computex things on Hardware Asylum tended to dry up, there were a few reviews and some great podcast episodes but overall I was rather disappointed and all I can say is that even minor changes in our personal lives can have a lasting impact on the professional ones.

While I was successful in keeping the lights on in the Hardware Asylum Labs there were a number of review sites that are no longer with us.

In March, Kyle Bennett announced that he will be mothballing HardOCP in response to him getting a job at Intel.  HardOCP was one of the sites that inspired me to get into doing computer hardware review and it is sad to see it go.  Kyle keeps his presence known in the popular Hard Forums so while the site is gone the person behind it is still around.

Back in 2015 Scott Wasson left The Tech Report to take a job at AMD though instead of closing down the site he sold it to one of his business partners and the lead editor.  They attempted to keep the site going but without Scott the site wasn’t the same.  Early in 2019 the site was sold off again and the new owners having successfully run it into the ground.

In December 2019 The Inquirer decided to call it quits and mothball the site.  Their reasoning for the closure was not related to a decline in tech news but rather a change in global advertising, or rather the lack there of.  We all know who we can blame for that one.

While those are just a few of the high profile closures in the hardware world and there are plenty more as indicated by my ever shrinking email distribution list.   Back when I started Ninjalane (and later Hardware Asylum) I would watch sites a little more closely to see what they were doing, what they were reviewing and make changes to my procedures if I found someone doing things better.  You would be surprised at how many people setup a review site (written or now YouTube) for the sole purpose of getting free hardware.  Most of these sites were only around for a couple years and the quality of their work reflected in their intent.

This year during CES I took a different approach with my manufacturer meetings and started asking what it was I could do to help them.  Strangely enough many of my contacts didn’t have a proper answer while others gave me a whole hearted response which ranged from “We really want to push XYZ” or “Keep doing what you are doing” and maybe the best one was “You should double down on XYZ and start focusing on ABC because the Techutainment sites find those things to be a waste of their time”

Which got me thinking
The reason why so many smaller sites die is because they cannot find a manufacturer to support them, that leads to nothing to write about and an eventual shutting down of the site.  AMD, Intel and Nvidia LOVE to pull this one by withholding hardware and removing certain sites from their seed lists.  These lists give hardware vendors a list they can plan market samples from and wouldn’t you know it the sample allocation number.

Combine that with Techutainment channels only requesting or featuring hardware they can create content for (AND easily unload) and you get a general reduction in sample allocation disassociated with ROI.  Or, as I like to call it the “We won’t do videos of anything that won’t get views because that takes away from their advertising dollars.”  This greedy entitled attitude trickled down to professional written sites making it impossible to get the hardware samples to write articles for.

I get it, money is why they do this and the, now famous, “Come buy my stuff” yard sales are proof they get a ton of hardware and that they are not afraid to introduce bias into the mix, charge companies to make videos and even spread less than accurate information in the interest of getting a daily video out.

Back when I started doing reviews bias is what killed websites and discredited reviewers.  You never got caught selling hardware.  Instead you always gave it away or kept it for future articles.  You also NEVER featured ads from only a single company.  Now days we don’t have to worry about banner ads are difficult to get since they offer very little ROI however, some of the hidden perks and affiliate sales make it worthwhile.

Bottom line: When sites close that creates opportunity for others to pick up and deliver quality content.  Unfortunately the perception of quality content has been skewed by those who prefer to watch videos.  Sometimes that is a good way to get information while others are designed to trigger those who know better.  Without a reference to know the difference they can get away with whatever they want.  It is pure marketing at its best all hidden behind stupid clickbait thumbnails.

Podcast
The first item on the list is the continuation of the Hardware Asylum Podcast.  It would seem that Darren and I still enjoy recording the show and looking at the download numbers plenty of people are listening.  Scheduling aside we aren’t planning any format changes.

I still believe that the Hardware Asylum Podcast is one of the best if not THE best show out there dedicated to enthusiast PC activities.  Unfortunately promoting a Podcast isn’t easy and while I find it best to have listeners promote the show I discovered early on that few listeners are into sharing and when you ask them to they get offended like you slashed their tires and kicked their cat.

With that said, the show appears to be growing and if that continues we will find time to deliver more awesome content.  You can find the podcast here on Hardwareasylum.com, iTunes and in Google Music.

A New Chapter
Ninjalane.com was launched in October of 1999 and consisted of casemodding articles and a web forum.  In June of 2000 I launched my first hardware review making this a 20 year adventure in computer hardware.

My goal for the first half of the year is to take a trip down memory lane and highlight some of the hardware I kept over the years leading up to a 20th anniversary event in June of 2020.  I’m still trying to decide if the hardware highlights should be videos or if I can simply pull up old reviews and take some new photos.

As you can imagine sorting through 20 years of computer hardware is going to be a challenge and I still have a review backlog to sort through.

Conclusion
Once again I am hoping for another great year at Hardware Asylum and with any luck my plans can be realized.  The challenge will be to step up where others failed or throw in the towel if things don’t work out.