REPC is an interesting store that reminds me of what computer repair stores used to be like.

Back in the early days of computers you had two options, if you were brave, you could assemble one yourself.  This was the preferred method among computer enthusiasts as it was not only a rewarding process but also allowed you to mix and match parts to assemble the perfect build.  Of course, you could hire a company to build you a computer and was how the second-hand market started.  Customers would buy a new computer and trade in their old machine.  This computer could then be parted out or even resold depending on components and condition. 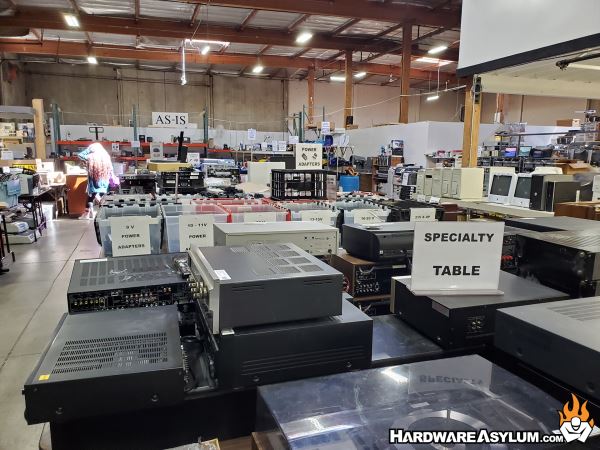 When I first walked in, I was greeted by Gene and actually caught me off guard.  Turns out he was simply saying hello but in the era of “masks everywhere” I mis-understood thinking he was calling me over to talk.  Keep in mind this was my first visit and I wasn’t certain what the protocol was.

Needless to say after a strange awkwardness I was able to check out the warehouse.

The feeling I got from REPC is that it is what used computer and electronic stores SHOULD be.  The items on display range from complete computer systems to items that you might find at a thrift store including record players, tape decks and a variety of electronics including rack mounted servers, switches, routers and gaming consoles. 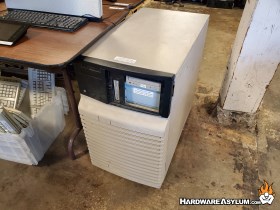 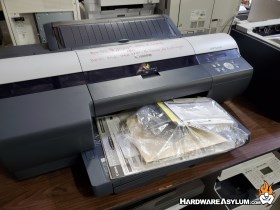 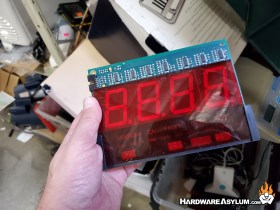 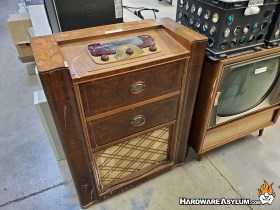 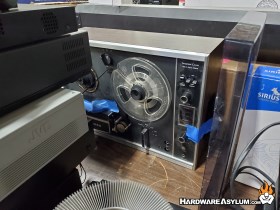 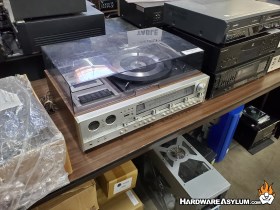 There is a very large section dedicated to computer hardware which is all nicely divided by quality, age and relevance.  Let’s start with age, when I visited it appeared that motherboards featuring socket LGA 775 and older were located on the main floor with newer motherboards being placed behind the counter.  On the quality front, boards that had been validated and tested were stored in static bags and often these boards often came with processors and memory as a complete package.  Untested motherboards were placed in plastic tubs allowing anyone to flip through and find what you wanted. 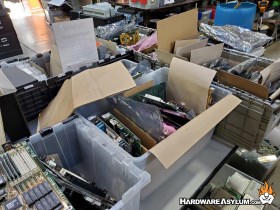 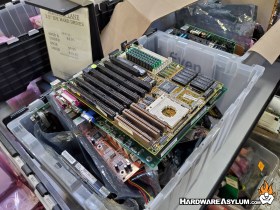 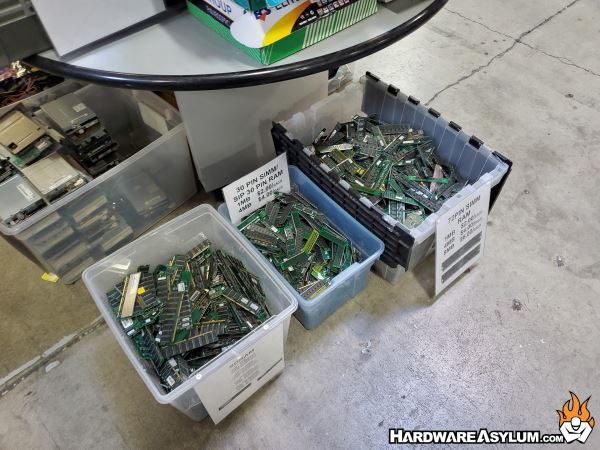 As for relevance it seemed that desirable motherboards featuring “good” chipsets from name brand manufacturers were kept on a display rack away and from the riff raff. 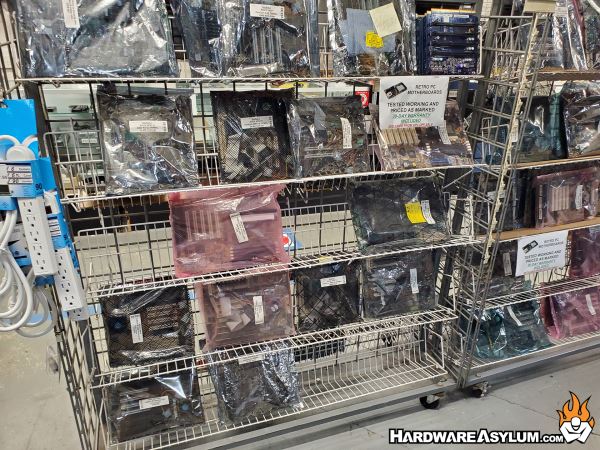 Everything is priced to move which is not something you normally see.

After spending a couple hours looking though the various stashes I made a mental note about what I liked and decided to call it a day.