Gigabyte planned a similar event this year at CES 2014 but billed the event as gathering rather than a test and tune like in Taiwan.  The event started the day before the official open of CES 2014 in their meeting room at Caesars’ Palace. 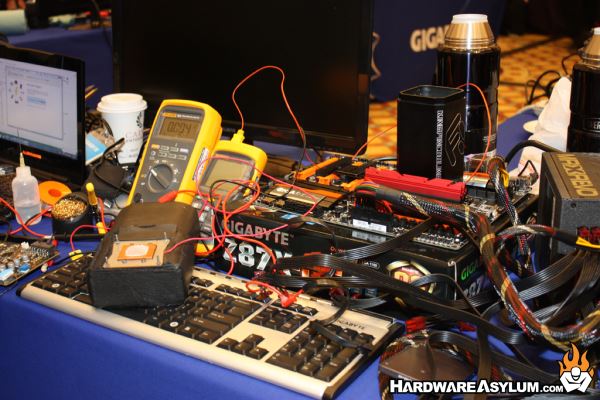 The brilliance of this event is that it served two purposes.    First of all it brought a variety of different people together at once.  Overclockers attending CES could gather together in one place and hardware media could catch a glimpse of real time overclocking in person.  Given the overclocking situation in the US you often need a venue like this so you can actually meet people face to face.  The second, and maybe most important aspect of this gathering is that it gives the PC hardware media a chance to have a meeting with Gigabyte before the show and thus free up time to visit with other vendors. 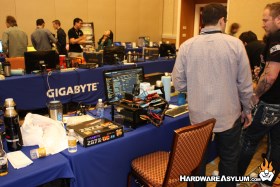 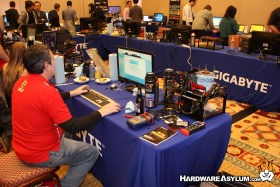 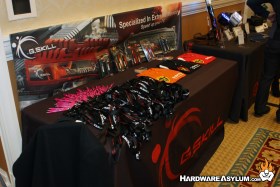 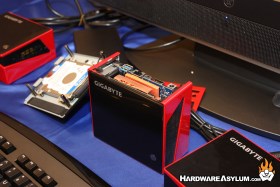 As you can imagine Gigabyte had all of their toys on display including the new Brix systems which now come with i7 processors and discrete graphics cards.  Battlefield 4 on a SFF device anyone?

Overclocking at the event was not exactly what you would expect and for the most part the overclockers were left to do what they pleased.  Few attendees approached them to ask questions and of the overclockers participating their activities ranged from overtly elaborate board preparation to the binning of video cards and processors.  As it would turn out the OC Gathering was only a single day but the overclockers had planned to bench the entire week and used the time on day 0 to prepare for what would come next. 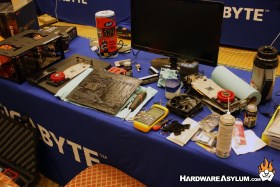 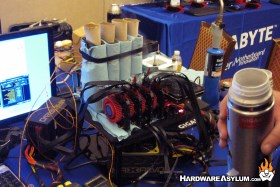 This goes to show how difficult it is to break these records and some of the hardware required to do so.