On the Hardware Asylum Podcast one of the reoccurring themes is how Darren is always trying to steal my Lightning cards.  Well, I almost found myself pulling a "Darren" and stole me some 10th Anniversary edition RTX 2080 Ti Lightning cards from the MSI booth.  In fact none of them were locked down and honestly I’m surprised none of them wandered off.

There were a number of different RTX 2080 Ti Lightning cards on display.  The first is the one we saw during CES with the RGB lights.  Honestly RGB on that card seems silly but..  ya that horse has been dead for awhile. 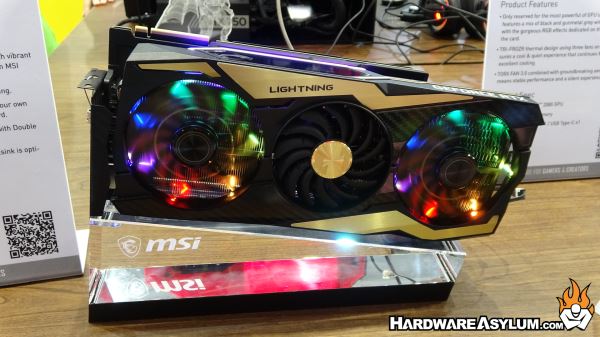 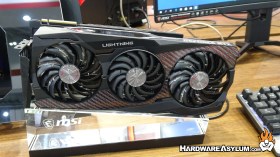 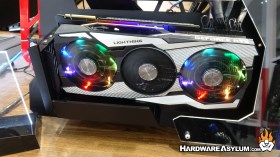 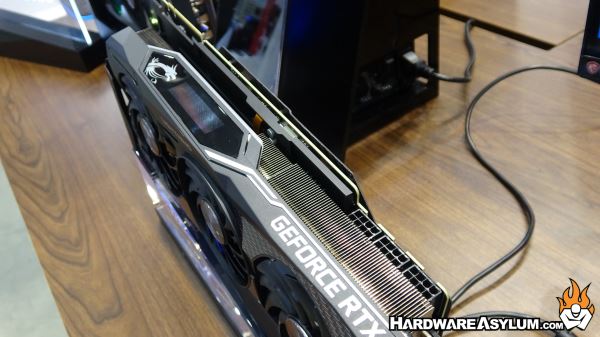 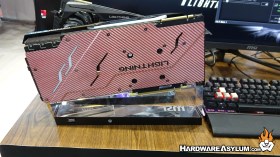 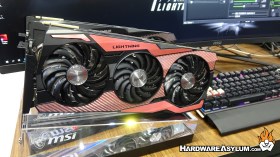 Next to that we have three versions of the 10th Anniversary card with slightly different colors of both the shroud and backplate.  Personally I’m hoping the black with red carbon makes it to market though the white carbon edition and red carbon editions will keep with MSI history.

Of course there were a few motherboards on display with some familiar names from the X299 release including the Godlike with four PCI Express video card slots and the extremely popular X570 ACE. 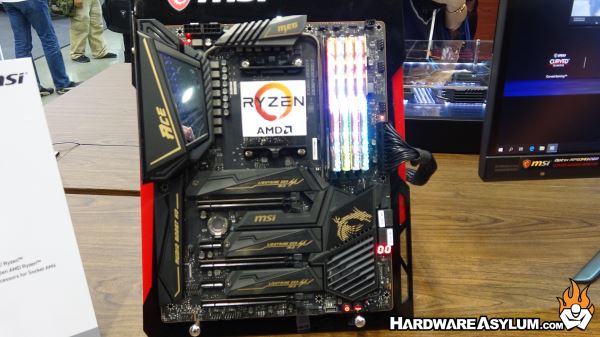 Cooling for the X570 is done with a connected heatpipe that links the chipset directly with the VRM and is cooled by a small chipset fan.  From what I have seen the power requirements for X570 are quite demanding so it will be interesting to see what kinds of cooling requrements the motherboard and case will require beyond a single fan.