Raptor Lake is coming and was announced during the Innovation 2022 event in San Jose and, per the usual, there will be a matching chipset released at the same time.  The Intel Z790

EVGA has announced their new motherboard line supporting the Intel Z790 and will be available in two product SKUs.  The Popular Z790 Classified and the Powerful Z790 Dark.

As many of you should be aware the Z790 Dark is designed for overclocking and is a crowd favorite here in the Hardware Asylum Labs. 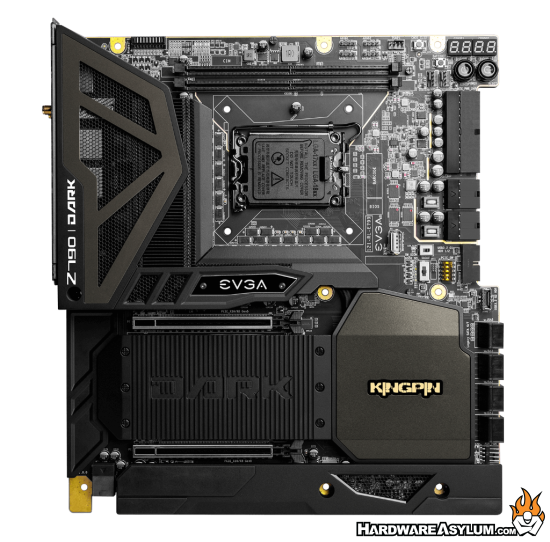 The EVGA Z790 DARK K|NGP|N rises once again. This world record-setting motherboard is built on a 14-layer low-loss PCB with a 21-phase VRM – capable of squeezing every last bit of performance out of the most extreme 13th Gen Intel® Core™ processors. This board supports current and future standards with up to 64GB DDR5 and up to 7000MHz+(OC)*, PCIe Gen5, and PCIe Gen4 M.2 NVMe support. The Z790 DARK K|NGP|N auto-switches the x16 PCIe Gen 5 CPU lanes between slots 1 and 2 to give your PCIe device maximum bandwidth no matter where it’s installed**. Beyond excessive overclocking support, the board also includes multiple USB options, 8x SATA 6Gb/s ports, 10Gbps and 2.5Gbps NICs + Wi-Fi 6E / BT 5.2, 7.1 HD audio, 3x M.2 Key-M slots, and 2x pump headers exclusively built for CPU AIO. The Z790 DARK K|NGP|N remains the choice of those that want a board capable of unbelievable performance.

The EVGA Z790 Classified is an equally powerful motherboard designed for more mainstream use.  You will see that the motherboard layout and design is similar to the EVGA Z790 Dark and has less emphasiss on memory overclocking but comes with many of the same tweaks and features. 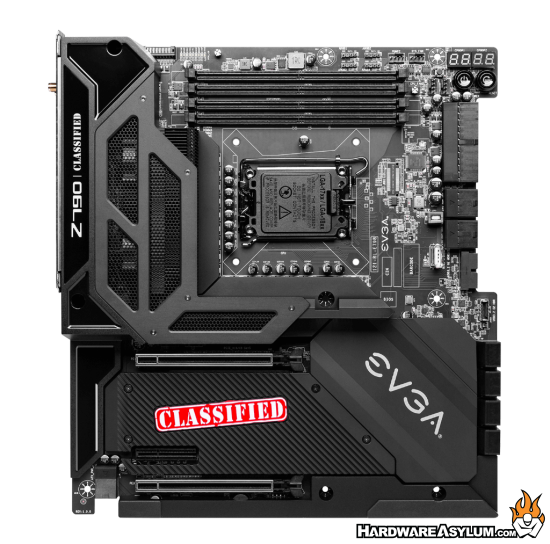 The EVGA Z790 CLASSIFIED returns with a new layout and upgrades to keep it the best choice for the motherboard that does everything. The CLASSIFIED takes full advantage of PCIe Gen5 and PCIe Gen4 M.2 NVMe SSDs through the latest 13th Gen Intel® Core™ Series processors, up to 128GB DDR5 and up to 6800MHz+(OC) DDR5*. A 19-phase VRM and 12-layer PCB provides exceptional power, performance, and stability. New to the CLASSIFIED is a rotated socket to reduce memory latency and improve cable management options, a 10Gbe network port, and two USB4 Type-C ports. Meanwhile, the board also contains a 2.5Gbe port + Wi-Fi 6E / BT 5.2, 7.1 HD audio, multiple USB options, and two DisplayPort Type-C display options. The Z790 CLASSIFIED is the perfect motherboard to help you set records in whatever you do.

We will have a review of the Z690 Dark going live later this week, so keep an eye on this website and our social channels for when that article drops.