Originally recorded April 2013
Update Required To play the media you will need to either update your browser to a recent version or update your Flash plugin.

3D Printing - For the Home
3D Printing has been in the news lately for some amazing breakthrus in what can be created.  Typically a 3D printer is limited to creating small plastic pieces like statues, small machine parts and even practical items like clips and cup holders.  As the technology has advanced so has the creativity of the designers, so much in fact, that we can now make replacement parts for the human body.

In this segment Darren talks about some of the cool things that 3D printing has brought to the market and Dennis shares a toy from his childhood called the Master Caster which allowed him to make wax cars on demand and remake them as he saw fit. 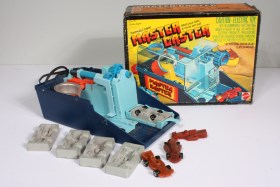 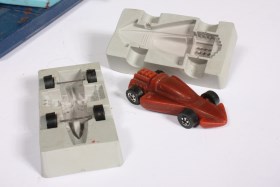 Borderlands 2 Level Cap Increase
Like it or not but Borderlands 2 is back on the podcast, this time to help explain some of the new features found in the latest game update.  The most impressive of these is a level cap increase moving the highest playable level from 50 to 61, new weapons and a third playthru of the game.  Having beat the game several times now we are a little burned out but still find joy in farming for loot and experience.

In this segment Darren and Dennis talk about the impact of the level cap increase and even talk a little about the new playable character that will be out in June.