Originally recorded July 2013
Update Required To play the media you will need to either update your browser to a recent version or update your Flash plugin.

Master Overclocking Arena Semi Finals
The MOA qualification process is divided up into two parts.  The first part was open to the public with the winner of that event going directly to the finals.  The following 15 competitors all got the opportunity to move on to the private semi final round.  Dennis made it into the semi finals and is now battling for one of three remaining spots.  In this segment Dennis and Darren randomly talk about the MOA 2013 Semi Finals including strategy and some of the gotchas along the way.  The duo also brings up the forum mentality behind some of the recent rules clarifications that came about for the Semi Final round.

De-lidding the Haswell 4770K
One of the side effects related to Intel's charge to change the CPU market is the inclusion of system (motherboard) functions into the CPU.  One of the latest of these is a new Voltage Regulator which, among other things, added wattage to the TDP and also negatively impacted overclocking by making the processor heat bound.  One of the things that helped Ivy Bridge battle excess "under-lid" heat was to remove the heat spreader and replace the thermal paste.  In this Episode Dennis talks about the process of de-lidding the Haswell processor, what it takes and what to expect. 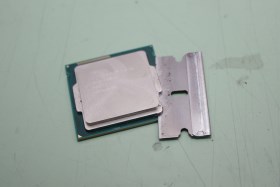 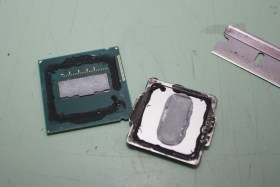 Death of the Point and Shoot
With a title like this we could be talking about death rays and snipers but for the purposes of this episode the discussions will be limited to Point and Shoot Cameras.  Namely the cheap ones you can buy for less than half the cost of your mobile phone.  As you can imagine your mobile phone comes with a camera which enables you to snap a photo and quickly upload it to social media.  This interaction was traditionally a function of the point and click camera combined with your desktop computer however, with the advent of megapixels in mobile devices the need for an inexpensive camera has declined.
The question is, how much mega is enough?  Nokia seems to have a solution to the problem, 41 of them to be exact.