Fans are such an integral part of any computer system that you often overlook how important they are.  Now you're thinking to yourself, "Aren't all fans the same?  Don't they spin and move air from one place to another?"  The basic mechanics of a fan are exactly that, they are a spinning blade designed to move air.  However, the design of the fan can totally change the dynamics.  For instance blade design can impact noise and efficiency and the motor can determine how powerful the fan can be.

In this review we will be looking at four 120mm fans from Arctic Cooling.  These fans are all part of the F12 cooling series and feature a variety of different technologies to fit your particular application.  The fans in this review are all different but come in two basic styles with two different configurations each.
Let's get started
The first Arctic F12 fan is your standard high performance case fan featuring a 1350 RPM fan speed, Fluid Dynamic Bearings and moving 57CFM. 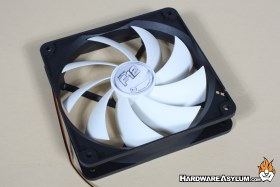 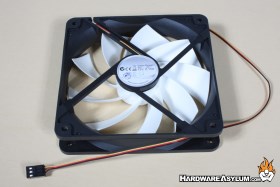 There are no special RPM controls with this fan just a 15 inch long fan tail and standard 3-pin header.  Overall the fan does move a surprisingly good amount of air but can be rather noisy since you are relying on a fanbus or motherboard controls to determine the fan speed.

This next fan is the Arctic F12 TC which is identical to the standard F12 in outward appearance and specifications.  TC stands for Temperature Control and will vary the fan speed based on ambient temperature. 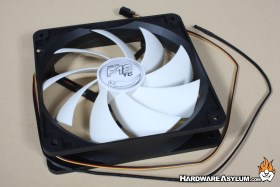 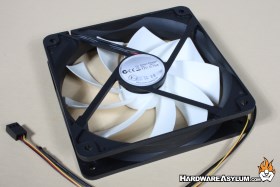 You cannot control the thermal curve but the sensor is calibrated to keep the case temperature between 30c and 40c.  The fan does this by adjusting the fan speed between 300rpm and 1350rpm as the interior temperature rises above 32c.  At 38c the fan should be spinning at full RPM.

One of the biggest drawbacks to thermally controlled fans was the placement of the sensor.  Many companies simply put the sensor near the fan motor and based the RPM adjustments on ambient temperature.  The problem was the fans were often pretty far away from the heat centers and wouldn't always react in time.  Arctic has addressed this by putting the thermal sensor on a 15 inch lead so you can place it almost anywhere.
Cooling