The engineers at HyperX have certainly taken the PC enthusiast market by storm, first with premium memory and more recently with a series of award winning headsets.  This month we will be taking a look at their latest effort, the HyperX Alloy FPS Mechanical Gaming Keyboard.

A no frills minimalistic keyboard and targeted at gamers feels like a natural evolution to the HyperX line. Can HyperX find success in the hyper competitive sub $100 keyboard market?  Let’s find out! 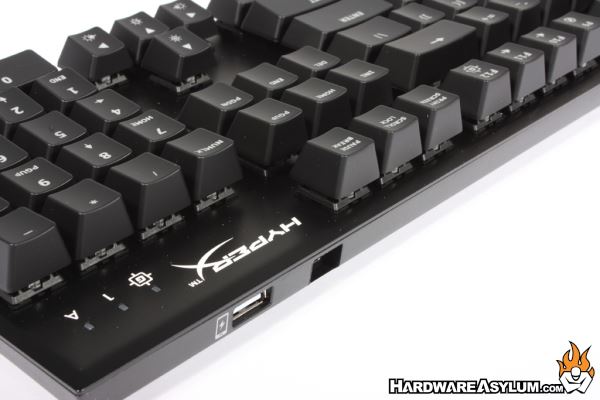 The HyperX Alloy FPS gaming keyboard is offered in a simple black plastic with white accents for the branding.  Cherry MX switches are offered in Blue, Red and Brown covering the most popular actuations in gaming today.

HyperX is the high-performance product division of Kingston Technology, the world’s largest independent memory manufacturer. Started in 2002, HyperX began with one line of high-performance memory and has grown over the years to encompass multiple product lines of memory modules, solid-state drives, USB Flash drives, headsets and mouse pads. Featuring best-in-class components that deliver superior performance, quality and aesthetic design for more than a decade, HyperX products are the choice of top-rated gamers, tech enthusiasts, and overclockers worldwide. From setting memory world records to achieving the most stringent product certifications, HyperX is committed to delivering reliable products with the highest performance standards.