It has been an interesting summer.  Rocket Lake, or the 11th Generation Intel Core processor launched in March 2021 and due to the chip shortage and general lockdown conditions its release was, well, underwhelming.  Not only was it difficult to get boards but, the general media coverage was virtually non-existent.  In talking with my marketing partners, I discovered that most everything being released was identical to Z490 and when you consider that both the Z590 and Z490 support both processor platforms it makes sense as to why they didn’t re-invent the wheel.

While the general market conditions allowed mobo makers take it easy with this generation there were a few notable exceptions.  In this review we will be looking at the EVGA Z590 Dark.  This motherboard is the latest in the long line of Dark series motherboards designed for the hardware enthusiast, Gamer and competitive overclocker.  Of course, you can say that about a number of motherboards on the market and yet the Dark Series is different by allowing enthusiastic a chance to own one of the few mass-produced unicorns in the PC world. 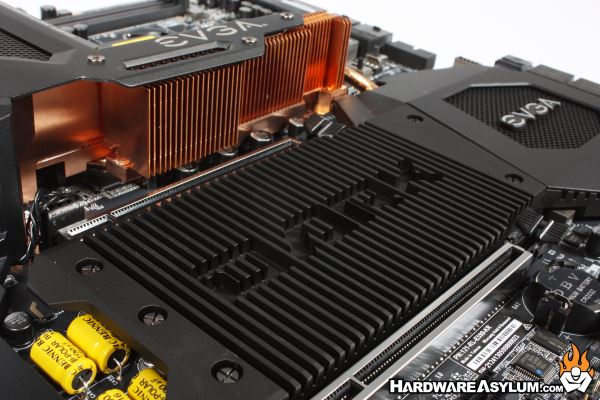 Unfortunately, one of the downsides to owning a unicorn is that only a select few know how to get the most from it.  Anyone can build a computer using this motherboard, the process is straight forward and for an experienced computer builder it only takes a couple hours however, that is where the ease of use starts to taper off.  You see many of the unique overclocking features are poorly documented (on purpose) and with a dwindling overclocking  community there are few left that can offer any advice.

Despite this, I am impressed that EVGA has been keeping the tradition alive and even though the majority of those who actually buy a Z590 Dark may never pour an ounce of LN2 in their lifetime the fact that the EVGA Z590 Dark is radically different from anything else on the market means it will sell, and will sell quickly.

Let’s check out the specs.

That is a huge list of features and while some motherboard makers like to list every single feature, I applaud EVGA for sticking with only what really matters.