The final ROG product in this highlight is the Republic of Gamers Maximus XII Hero (Wi-Fi).  At the spec level the Maximus XII Hero and STRIX Z490-E are almost identical.  The PCI Express layout, sound chip, RGB and connectivity are the same right down to the size of the VRM.  However, that is where the similarities stop.

The Maximus series has always been focused on the Hardware Enthusiast and doing more than just gaming.  So far every motherboard in the ASUS Z490 lineup supports overclocking and yet the ROG Maximus takes things one step further to support extreme overclocking with the help fo dedicated LN2 switches, onboard overclocking controls, voltage test points and higher memory support. 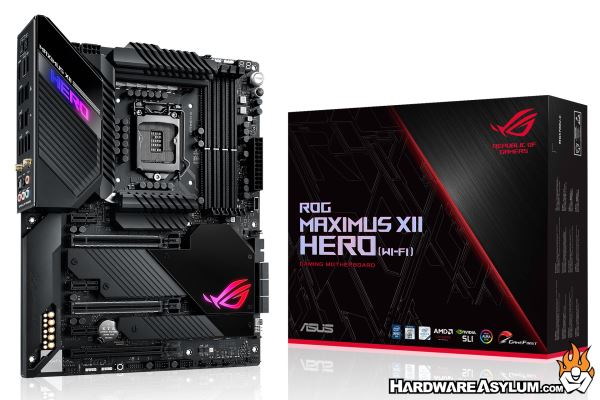 If you happen to compare the ROG Maximus XII Hero against the ROG STRIX Z490-E you’ll clearly see the difference.

Speaking of difference I started looking at the other Maximus offerings and noticed that even within the Republic of Gamers Maximux XII series you can find segmentation.

For instance, the Hero appeals to high-end enthusiasts that prefer to build a flexible gaming computer and still want the connectivity options of the STRIX. 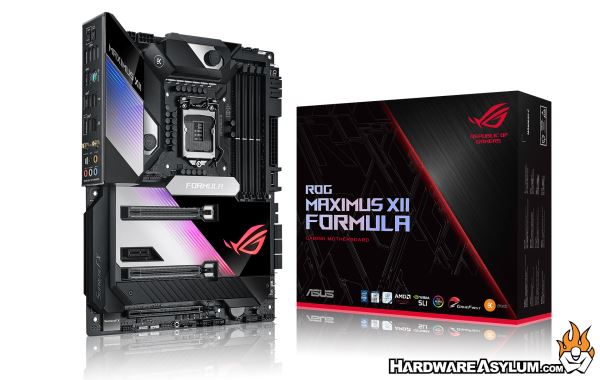 Cooling is handled by oversized heatsinks and all of that is placed on a much larger EATX motherboard. 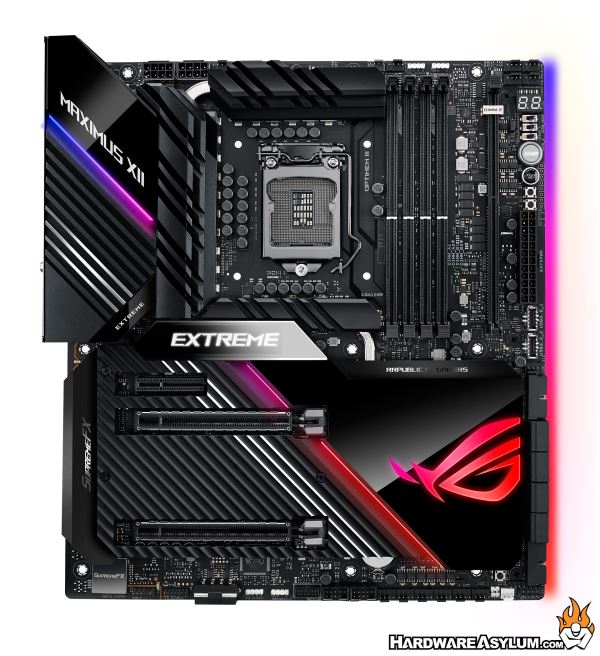 This board deserves the name Extreme and it shows.

The final motherboard is my personal favorite and the one most likely see most extreme overclockers using.  Enter the ROG Maximus XII Apex.  Like Apex motherboards before this design favors extreme overlockers using the larger 16+0 phase CPU VRM and only two PCI Express 16x slots, a single 4x slot and a single 1x slot.  Memory support is 5000Mhz+ which is accomplished by only having two memory DIMM slots on the board. 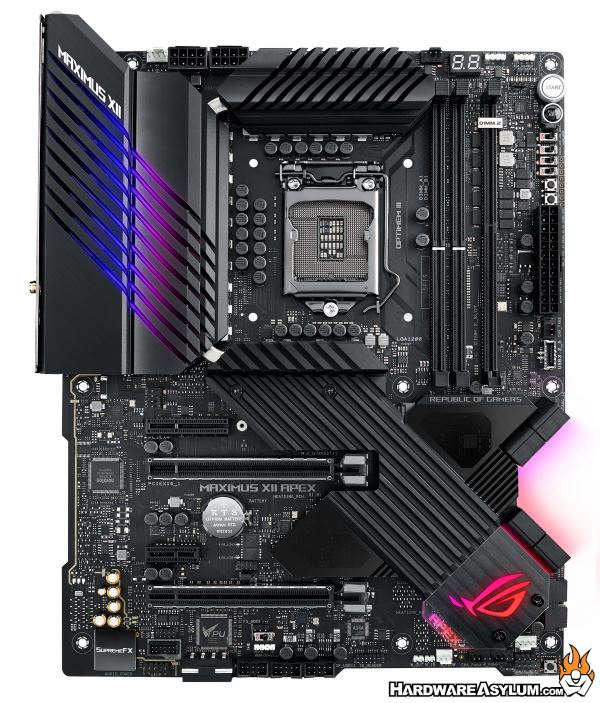 To provide more space between the PCI Express slots for LN2 evaporators and extra large GPU coolers all of the M.2 connectivity has been pushed to the DIMM.2 slot.  This is basically a riser card for M.2 drives to keep the PCB clean.

Interestingly enough the Apex features a 6 layer PCB whereas the other ROG Maximux XII motherboards are built using 8 layer boards.  This along with the dual DIMM slots the design is a benefit for high frequency overclocking as it reduces the noise for a much cleaner signal for better stability.

Be sure to check out all of these ASUS Comet Lake motherboards, Intel Core i9 and Core i7 10th Generation processors and the Intel Z490 chipset when they hit retail shelves on May 27th.