In our connected world there are a variety of ways to consume media from the mobile device in your pocket to the tablet on your couch or PC in the office.  For the most part this has become a seamless process and when things don’t work there is usually an app or drastic solution to the problem.  The thing is, consuming data has been made easy however sharing and transferring data is still a bit of a chore.  Sure you can send photos to friends and send links to social media but, when it comes to sharing a movie or even transferring photos from your camera is often limited. 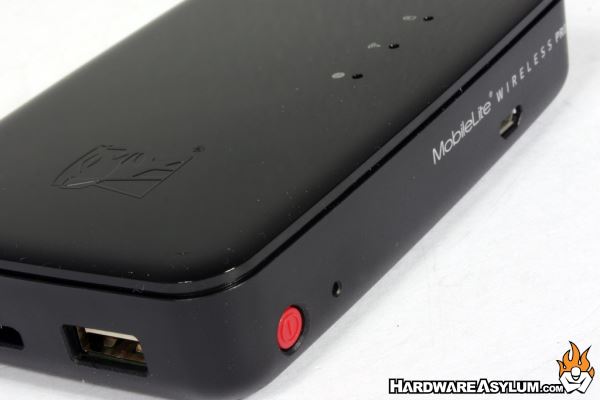 There are two versions available.  The MobileLite Wireless G3 Pro featured in this article comes in black and features 64GB of onboard storage while the regular G3 edition is available in white without and without any onboard memory.  As you may have guessed the Pro is slightly more expensive but is otherwise identical in form factor and features.

The device comes with a single USB port, SD Card reader.  Both ports allow you to expand the storage options of the device and make it available to anyone who is connected.  Onboard you get a 2.4Ghz 802.11 b/g/n and 5Ghz 802.11ac wireless interface that will double as an internet access point when connected to a wired network. 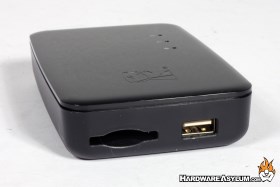 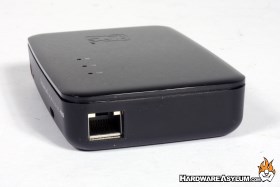 Many of us struggle with is the battery life of our mobile devices and while the onboard battery can run the Kingston MobileLite Wireless for up to 12 hours it can also charge your device at the same time.  The MLW Pro features a 6700mAh battery while the MLW G3 is slightly smaller at 5400mAh.  Both offer 2.0A charging at 3.6V

Configuring the MobileLite Wireless G3 Pro is extremely easy using the MobileLite software available for free from the App Store, Google Play and Amazon.  The mobile application is quick and easy to use allowing you access to the onboard storage and backup features. 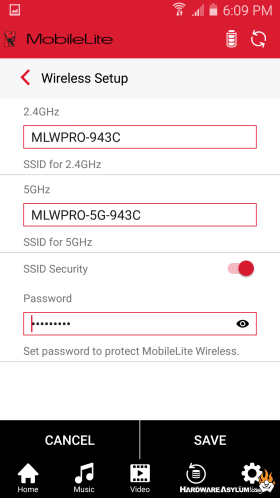 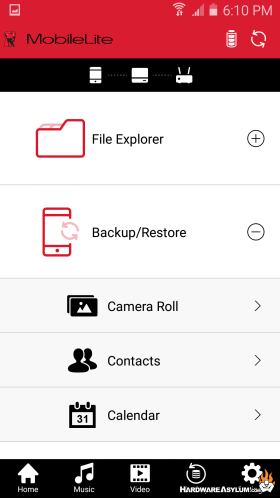 You are also given access to change any of the wireless configurations from a basic access point to one offering internet access and even bridging two networks.  The access point can become handy for those times when the hotel wireless only allows a single device to connect.

There are some obvious advantages to using the MobileLite Wireless G3 and the ones I like most are the SD Card reader and wireless access.  Those things give me a convent way to transfer data between my DSLR and phone since my camera doesn’t support WiFi.  Ideally I could also share those photos with my laptop and other editors so we can quickly publish them to Hardware Asylum not be limited to the finding a Wifi hotspot.

An interesting thing about the G3 is that for a single device it does a lot and really is a logical combination of features perfect for the current mobile landscape.  As with anything it depends on how you currently use your mobile devices.  For instance if you don’t need remote storage you might be able to get by with a backup battery however you would miss out on the MobileLite backup feature that will make copies of your photos, calendar and contacts.  This can make switching mobile devices easier and if anything give you a current backup for when you lose or break your device.

The G3 has moved away from being a network appliance to something I’ll call a mobile accessory.  With the G2 it would show up on your local network as a media server and allow you stream and work with it directly.  However it would seem the G3 has removed those features in favor of providing a network repository for data storage and backup.  You can still use the Mobilelite to playback your media however it no longer will be streamed directly from the device but rather played traditionally using whatever applications you have installed.