For the longest time NInjalane.com had been hosted on a dedicated server that was part of a leased service.  This kind of situation was great in that it allowed me full access to the box to install whatever software I wanted, run multiple databases and even host gaming servers.  The only downside was to make this affordable I had to run less than adequate server configs.

At the time this was a desirable next step over shared hosting and was cheaper than co-location since I didn't own the hardware.  Well it would seem that times have changed and the once super expensive co-location option has become a little cheaper, at least for me.

Co-location is different than running a simple dedicated server.  As the name suggests you are co-locating a server into a datacenter either to be self-managed or managed by the onsite staff.  To keep the costs down I have opted to self-manage the box which means I need to not only deal with making sure the data is secured but also deal with any hardware issues that may arise.

Server parts are no different than what you find in a desktop PC, you have moving parts and solid parts and both are susceptible to damage.  Typically the solid parts are damaged by heat and/or power but every once in awhile you get a careless human helping speed things along.  This very thing happened to me with a recent Ebay purchase for a HP Proliant DL360 G5 1U server. 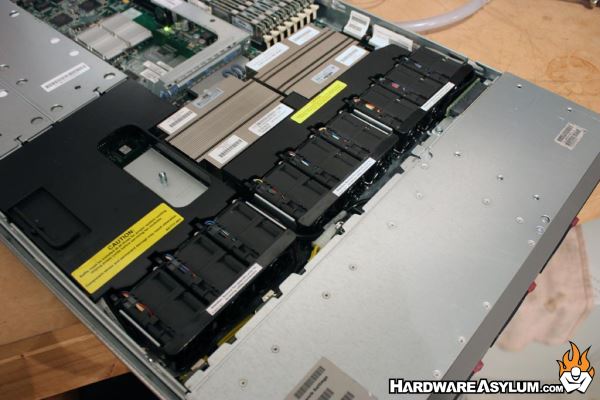 Server Specifications
The server specs aren't too bad.  It features 2x Xeon E5410 "Harpertown" processors clocked in at 2.33Ghz and 16GB of system memory.  The auction also included 4x 73Gig SAS drives which together makes for a perfect application server with a good combo of power and storage.

However, there was one slight problem.  If you let the server run for a couple hours and then powered it down it wouldn't come back up and the built in diagnostic panel had both processors lit up indicating that the CPUs were dead.  Not believing this was the case I tore into the system only to discover that CPU socket 1 had a bent pin, likely due to a CPU upgrade at some point.  Just like with a PC the only way to recover from socket damage is to replace the motherboard.
General Information