Some say that NVMe is the name of the game.  Others say that winning the game is the only thing that matters.  And, well the winners combine the two. 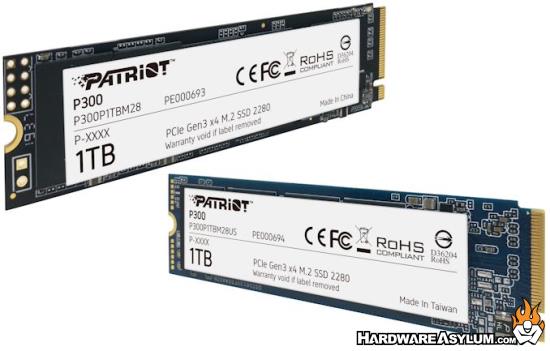 Patriot's P300 SSD is a great choice for the cost-conscious consumer looking to boost the performance and storage capacity of their desktop or notebook computer. This compact, M.2 form factor SSD is powered by Phison's PS5013-E13T controller and is available with up to 1TB of KIOXIA's (Toshiba) 96-layer BiCS4 3D NAND. Combine this with a PCIe Gen3 x4 NVMe 1.3 interface and you have a drive capable of delivering 25% higher transfer speeds and IOPs than PCIe Gen3 x2 solutions. In our sequential read and write tests, the 512GB version of the P300 was able to read at speeds as high as 1,740 MB/s and write at speeds in excess of 1,549 MB/s. It also did reasonably well in our random write tests, producing nearly 159,000 IOPS, but lagged behind many of the other PCIe SSDs when doing random reads at low queue depths

I'm not going to say that the P300 is the fastest drive out there but it is pretty darn affordable and the way I see it, any chance you can run a NVMe drive in your rig you are on the path towards a great thing called faster response time.