The Silverstone Raven is a product line reserved for expressive case designs that allow Silverstone to try new things.  For instance, the first Raven, RV01, was a large case that pushed the limits of positive air pressure cooling.  That case also introduced the 90 degree motherboard mounting which later became a standard feature in many SilverStone cases.  Of course the Raven line has expanded quite a bit since then to include several small form factor designs and more compact tower designs.

In this review we will be looking at the SilverStone Raven RVZ03 ARGB.  This case is based on the RVZ01 design with a slightly modified bezel design and inclusion of the SilverStone ARGB lighting controller. 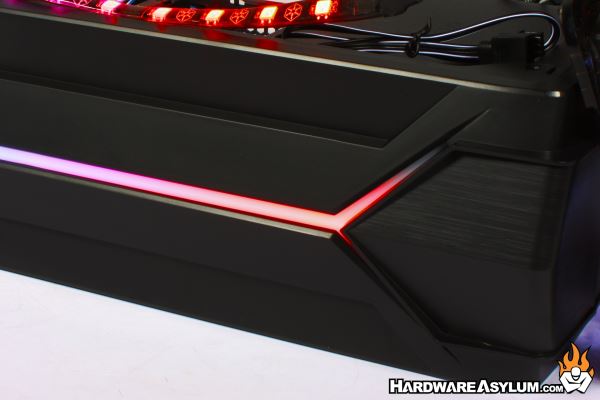 Back when the RVZ01 was released there was a virtual land rush to build “Steam Machines” or small form factor gaming cases that could run the SteamOS.  The promise was that by bringing the power of a desktop PC to the living room you could play your entire Steam library and reduce the need for a Xbox or PlayStation and give the user more places to play PC games.

Sadly SteamOS never really took off, something about if you already have a gaming PC why bother with a second machine.  Generally speaking they were loud, hot and in most cases didn’t do much but stream your game over the network.  However, the efforts were not without benefit as it proved you could build a case that wouldn't overheat with high-end desktop gaming hardware.  The Raven RVZ01 was a strong contender in this market which was only limited by the capacity of the SFX PSU.