Building in the SilverStone Raven RVZ03 ARGB does require a fair bit of planning so expect to test fit everything multiple times.  The motherboard is fully accessible as to support your CPU cooler, memory sockets, and front panel controls.

SSDs can be installed on the video card panel opposite of the motherboard and supports up to three 2.5” drives one being in the old optical slim drive location. 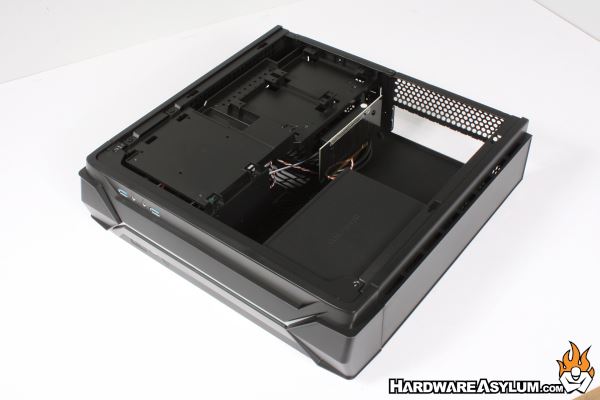 With the repurposing of the slim drive location SilverStone changed the PSU to support standard PS2 (ATX) style power supplies.  Given the small size they recommend that the PSU be no longer than 140mm with a maximum size of 150mm.

To allow the video card to be installed 90 degrees of the motherboard you need to use a riser card that will move the PCI express signal to a different location.  These have become rather common with vertical GPU installations using a flexible ribbon. 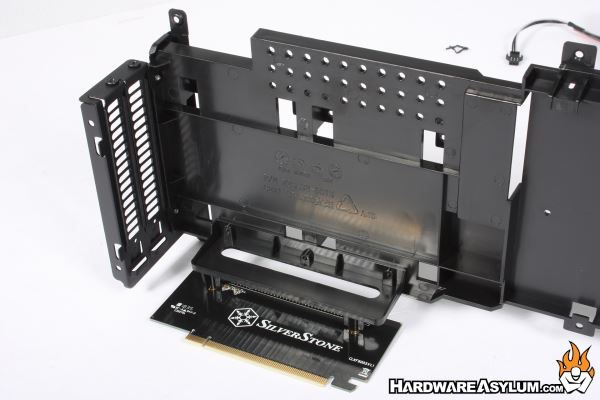 SilverStone is including a solid riser to offer the best signal and ensure a compact installation. 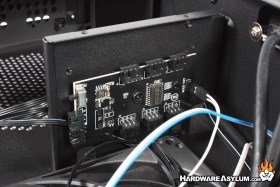 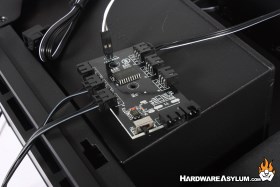 There are a total of six headers with one ARGB input on the controller giving you plenty of options when it comes to lighting your build.

Controlling the lights can be done two different ways.  The first is with direct motherboard control using the input header and motherboard software.  Basically this will bypass the onboard controller using the additional power connection to power the lights. 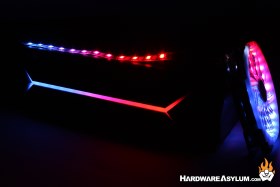 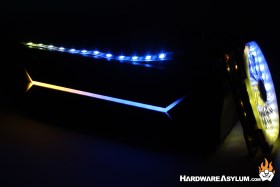 The second way is via the reset button on the RVZ03.  Pressing the reset will cycle though the 20 pre-programmed patterns.