The Cooler Master Hyper 212 is an interesting heatsink.  It is a classic tower supporting 120mm cooling fans and happens to be one of the least expensive cooling solutions that is actually pretty good.  Cost and performance are huge drivers in the PC market and while AIO water coolers can offer some of the best performance there is no dismissing the simplicity of a standard aircooler.

In this review we will be looking at the Cooler Master Hyper 212 EVO V2.  As the name suggests this is a second generation cooler based on the EVO design revision.  I reviewed the original Hyper 212 EVO back in September of 2011 and determined it was one of the better editions of the Hyper 212 to date. 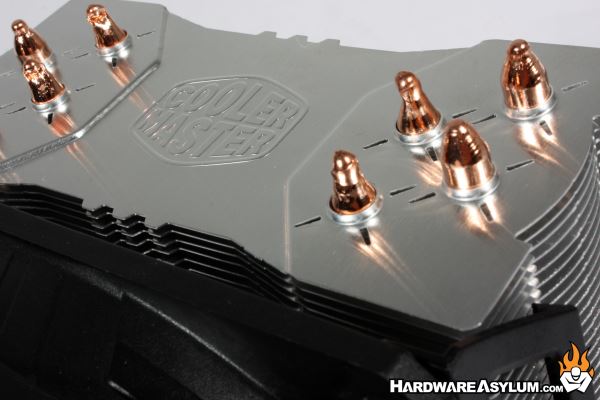 For those of you who are “new” to the PC building world the Cooler Master Hyper 212 is a classic design that has largely remained unchanged for over 10 years.    The original Hyper 212 was a single tower design that I reviewed back in April 2008.  Of course one of the reasons for the Hyper 212 popularity was the price and for less than $30USD you could get an aftermarket CPU cooler that allowed some overclocking awhile offering better performance and extremely low noise.

My biggest complaint with the Hyper 212 was the mounting system.  Early editions required that you build a base on the motherboard to support a universal X bracket that held the cooler in place by applying pressure to the center of the heatsink.  Later editions like the Hyper 212 RGB Black Edition adopted “rail” system that was easier to install but was dated and not universal.

With the EVO V2 there are a few changes to make note of.  First of all we still have a single tower cooler featuring four long heatpipes connected to a thin fin radiator.  The cooler is released raw with fully uncoated components as a cost consideration and really has very little impact on cooler performance. 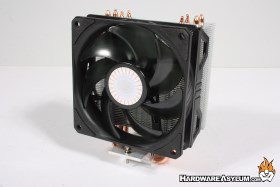 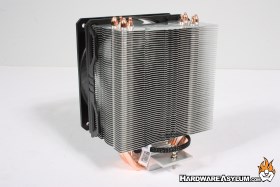 The radiator design is different from previous editions and features an hourglass shape to the radiator fins.  Personally I find the new design to be decorative but leaves some rather large gaps between the fan and radiator.  This should keep fan noise down but can also impact cooling performance. 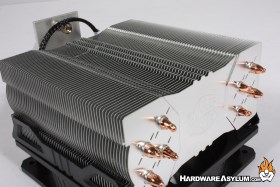 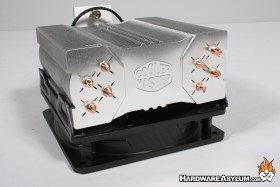 Cooler Master has included the new SickleFlow 120mm fan with the Hyper 212 EVO V2.  This is the same fan used on the MasterLiquid ML280 Mirror and offers 61CFM @ 1800RPM with a maximum noise level of 27dBA.  In contrast with the first generation EVO the new fan offers higher pressure with less noise for better performance.  Keep in mind that while the fan does offer some impressive specs it is designed to be silent.

One of the features that made the Hyper 212 EVO such an amazing cooler was the refined core contract design that placed all of the heatpipes together with a much larger contact patch over the CPU and sadly, that is not the case with the Hyper 212 EVO V2. 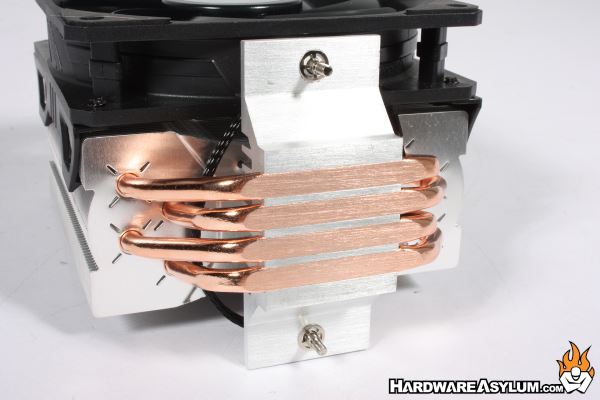 This version of the cooler is using the spaced core contact design similar to what you would find on the standard Hyper 212 with an extremely smooth surface with nicely machined edges.  What is different however is the offset tower design that allows you to run taller memory modules on your builds and still clear the 120mm fan.  You will want to pay special attention to that during your installation. 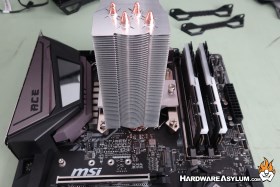 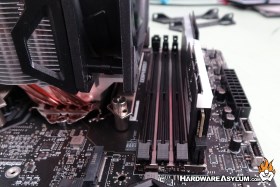 As you can see in the above photos, there is plenty of room to install memory and not worry about clearance or relocating the fan.