Installing the MasterLiquid Pro 240 is extremely easy and the universal mounting hardware will allow the process to be the same on all platforms from AMD to the latest Intel sockets.  On most platforms you will need to use the included backplate and build up a mounting base for the pump block.  On LGA 2011 the process is a little simpler. 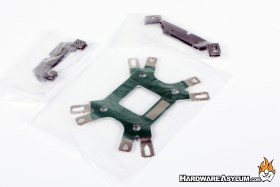 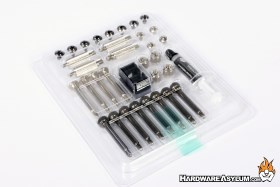 The first step will be to locate the threaded risers and install them into the heatsink mounting holes around the CPU socket.  These are 4mm threaded holes so be sure to match up the proper end. 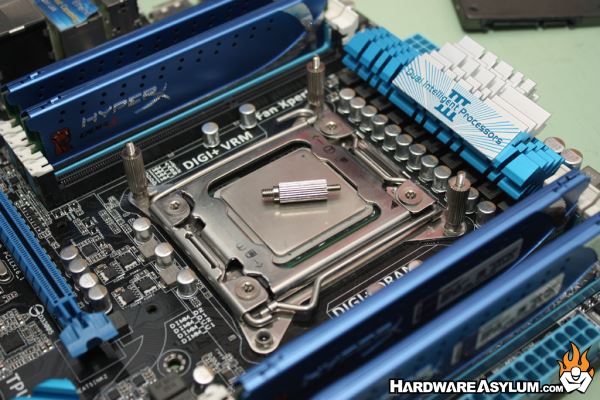 Next you will need to install the appropriate mounting rails.  There are two sets, the first is for Intel style sockets while the smaller set is for AMD.  They screw in from the bottom with the elevated brackets extending upwards.  At this point you can apply some thermal paste and prepare to install the pump block. 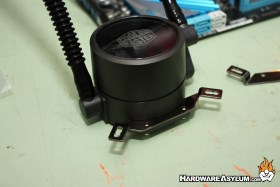 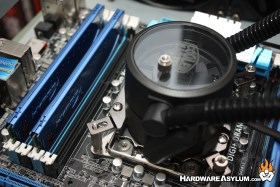 Unlike with the threaded risers the nuts holding the MasterLiquid in place are considerably smaller and somewhat difficult to hold.  The tops are slotted for a straight blade screw driver, I am guessing with the assumption that people still use that tool.

I found that finger tight is enough to secure the pumpblock however EXTREME care needs to be used to ensure the pumpblock is centered over the CPU and that all four corners have equal pressure.  I had to remount the pump block several times due to it not making good contact over the center of my CPU.

It was making contact but never at the center of the CPU but along the edge. 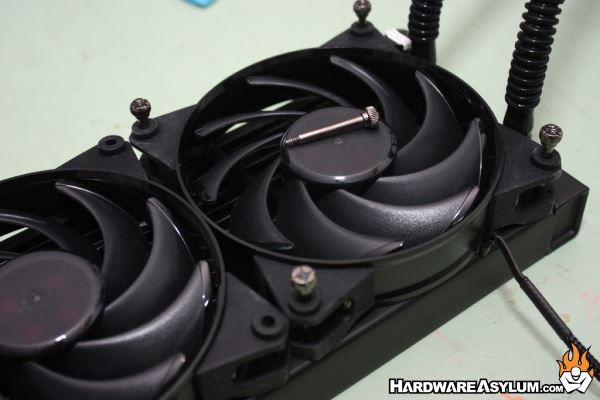 The cooling fans will need to be installed using the included screws.  You can install them in either a push or pull configuration.

For my tests I started with the fans pushing air though the radiator and noticed a lot of blowback from the fans, So much in fact it was impacting the ambient air entering the radiator.  To resolve this I switched to a pull configuration and noticed that temperatures not only became more stable and consistent but that airflow seemed to improve.