Self contained watercoolers have been around for quite awhile and changed considerably since their inception.  Early units were plagued with issues such as inefficient radiators and even faulty hoses that not only questioned their reliability but also prevented them from performing as they should.  Corsair was one of the first companies to really embrace the self contained watercooling market and worked hard to put these coolers in the hands of hardware enthusiasts while increasing performance to an enthusiast level. 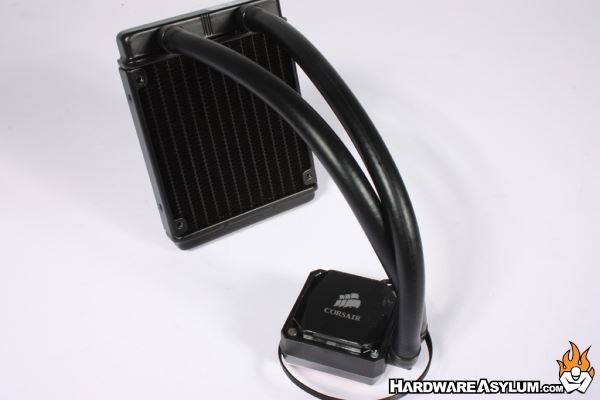 The radiator is a standard 120mm unit with mounting points for dual fans and no serviceable connections.  One of the first things you may notice on the H60 is the diameter of the hoses connecting the pump to the radiator.  These are easily double the size of previous coolers and should flow quite well. 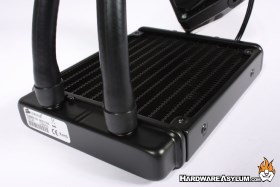 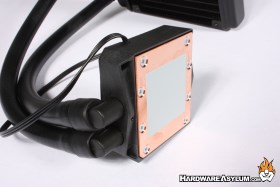 Connections at the CPU block easily twist to match where you happen to install the radiator.  The base of the CPU block comes "seasoned" with an ample amount of thermal paste covering a smooth copper baseplate.

Corsair includes a single 120mm fan with a grey center.  The fan will move around 54 CFM @ 30dBA making it a good choice for quiet computing. 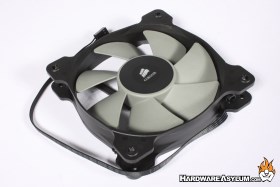 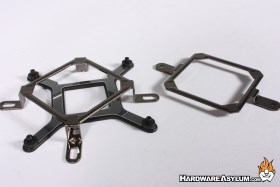 There are two complete sets of mounting hardware to fit the major computing platforms.  The four post brackets will fit Intel systems including LGA 1155/1156, LGA 1366 and LGA 2011 while the two post bracket is designed for AMD systems using the stock heatsink brackets.
Cooling