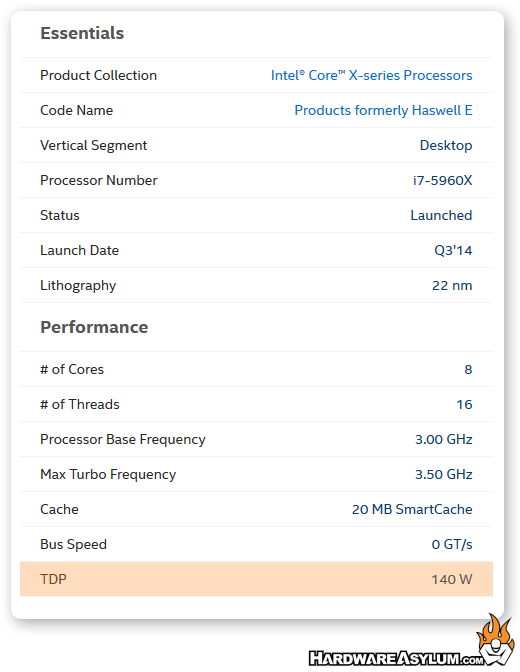 For this next test the CPU speed was cranked up to 4.2Ghz and the test was re-run

It is not uncommon to see an increase in thermal capacity when using AIO watercoolers which is due to how much heat water can move from one location to another.  This is indicated by the C/W number being lower between the tests and there are two ways to look at this.  The first, and most obvious, is that you have to look at fan speed.  This is something I don’t include in these reviews but I do call out that the fan is set to a SMART profile meaning that as temperatures rise so does the fan speed.  At the 65c load temperature both of the fans were running at 100%.  I also recorded three temperature profiles for each of the fan limits which altered load temps by about a degree each.

This cooler was showing signs of reaching its thermal capacity when you look at the low fan speed tests.  The two degree difference in load temps is an indicator that it is having difficulty dissipating heat but is still well below the thermal capacity recorded at default speed.  Alternatively at mid and high speeds the temperatures are on point and should carry this cooler to the claimed 350w TDP indicated on the box.