It is safe to say that hardware enthusiasts are concerned with cooling and is one reason why there are lengthy discussions on what cooler is best.  Keep in mind that “the best” cooler is a bit of a misnomer in that a cooler appropriate for overclocking might not work well if you are building a super stealthy system.  Likewise, going with inexpensive coolers for the sake of replacing an OEM heatsink isn’t the right approach either as it may not be sized properly to give adequate performance.

In this review we will be looking at the Noctua NH-D9L D-Type heatsink.  This is a cooler we got to see last year at Computex and were rather amazed that they would attempt a smaller heatsink given their prevalence for 140mm+ designs.   The purpose here is to complement the push for smaller form factor machines and still deliver superior cooling performance with near silent operation. 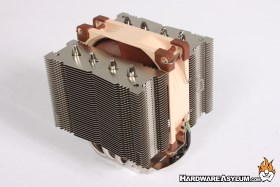 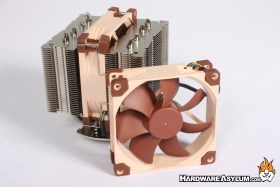 Like many of the other D-Type coolers the NH-D9L is a dual tower heatsink built on a 4 heatspipe design.  By splitting the cooling towers you get more surface area to dissipate heat which can have a variety of benefits from overall heat capacity to lowering the noise footprint.

It is difficult to see in pictures but this heatsink is actually very compact with the overall height at around 110mm or, 4.25 inches.  This means that a good majority of the fan doesn’t directly contact the radiator but instead blows under the fins.  While this can impact cooling performance it as a side benefit of adding some air movement around the CPU VRM heatsinks. 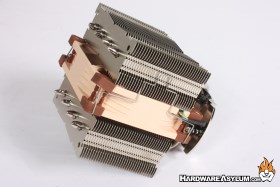 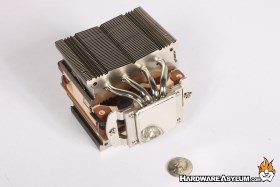 Another thing to note is the radiator dimensions and construction.  Like most heatpipe coolers there are locking tab to connect and separate the radiator fins.  These boxed ends not only make the heatsink extremely strong but also prevent air from escaping out the side.  We suspect this not only increases performance but also lowers the noise footprint. 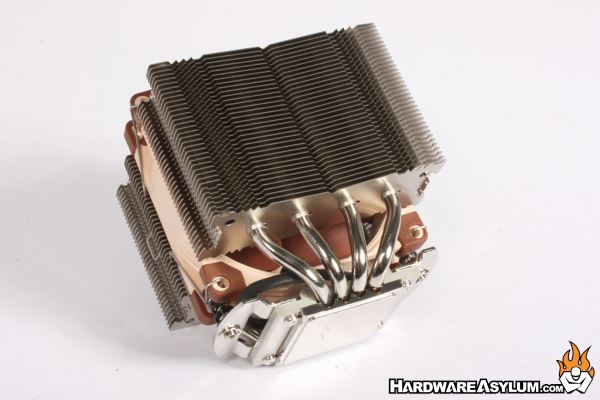 You will find that the heatpipes are evenly spaced across the two towers to help promote even heat distribution and better performance.   Given the size of the NH-D9L you won’t have many issues getting this heatsink to work with whatever memory you have installed.