One of the most notable names in computer cooling is Noctua.  They have been a dominating force in the enthusiast PC world since their inception and have never failed to deliver a quality product.  While that might be a strong statement there are literal years of data supporting this from the overclocking friendly Noctua NH-D14 to the flexible NH-U14S and super powerful NF-F12 focused flow fans.  They simply performed, were easy to install and extremely silent.  Of course their most common complaint wasn't with the coolers but with the brown fans and honestly comes off as a compliment given that it is the only negative anyone could find.

In this review we will be looking at the latest cooler from Noctua the NH-U12A.  The name of the cooler describes the architecture.  D type coolers have dual cooling towers, L types are low profile and U types are single towers with “U” shaped heat pipes connecting both sides of the cooling towers.  The next set of numbers indicates the size of the cooler.  D14 was a dual tower 140mm cooler.  Our NH-U12A is a single tower cooler at 120mm which is a little odd given that most coolers are 140mm these days. 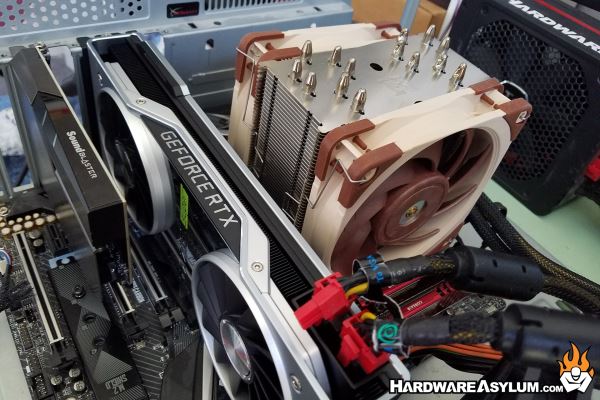 In a recent review I looked at the Noctua NF-A12x25 fans.  The fans were a completely new design that featured improvements in fan technology across every aspect including a new more powerful motor, revised blade design and next generation acoustical performance.  The new fan was rumored to deliver more cooling performance than a 140mm fan and by matching them to a 120mm tower cooler they could prove it.

The new NH-U12A shares many design aspects with the Noctua NH-U14S and yet is a little more robust.  You will find a total of 7 heatpipes on the NH-U12A and the radiator thickness has been increased to promote better heat transfer. 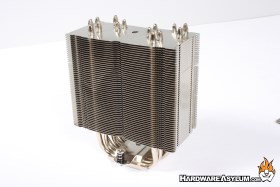 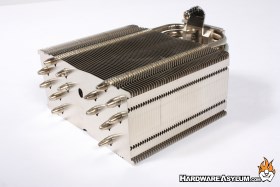 Both sides of the cooler have been sealed off.  This is done to hold the radiator fins in place but also has a side benefit of ensuring incoming air is forced through the radiator instead of leaking out the side.  The bottom of the cooler is extremely smooth and features a micro texture.  While a perfectly flat surface will offer the best thermal interface there is a fundamental issue.  Processors are rarely flat, users are quick to install a cooler incorrectly and textures tend to promote good distribution of thermal compound.  Overall, micro texture for the win. 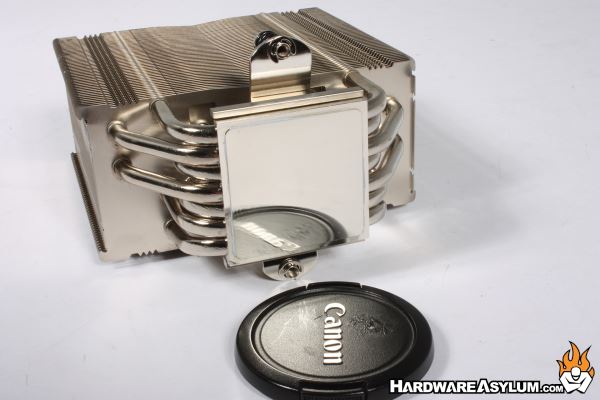 Cooling is handled by two NF-A12x25 fans.  These are the new 120mm fans designed to be the most advanced computer fan you can buy.   They are of the PWM variety (as they should) so the RPM can be controlled by the motherboard and reacts better to temperature change and load. 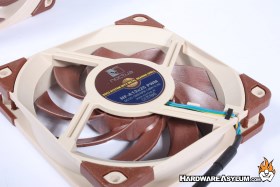 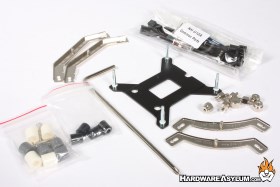 Noctua has one of the best mounting systems of any heatsink I have ever used.  The cooler comes with Intel and AMD hardware and all of the individual parts needed to get the cooler installed no matter what kind of processor you are using.