This is the section where the entire Internet will collectively scream.

OMG you are doing it wrong!
- OR -
OMG finally someone who is doing it right!

There are MANY different ways to install thermal compound.  I prefer the “5-Dot” Method and have been using that method since the introduction of the heat spreader.  I have tested heatsinks this way and built $5000 machines with zero issues.  The paste ALWAYS spreads evenly with 100% coverage and is thermally consistent across multiple mountings.  I cannot say the same for “Pea” or “Spread” methods which either do not cover the entire CPU or introduce air gaps. 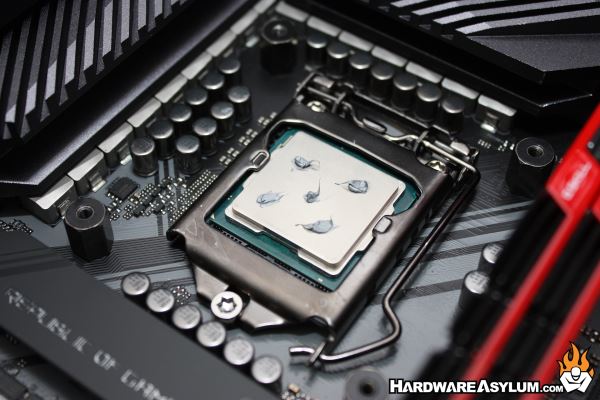 Coverage and application depend largely on the properties of the thermal compound.  Extremely thick compounds will often not spread very well and require a number of heat cycles to even out.  (AKA the Break In).  Thin compounds will air bubble if you spread them too thin before installing the heatsink and thus often require larger amounts to be applied to work correctly. 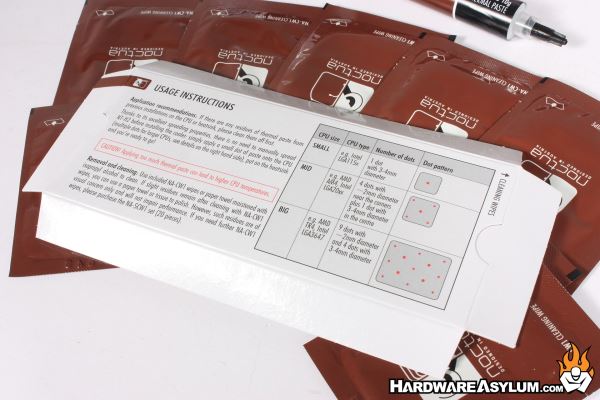 Noctua includes instructions on how to use the NT-H2 compound and has a few videos on their website demonstrating the different methods.    I am humbled to see that the “5-Dot” method is mentioned along with a single dot and a scattered dot.  Personally I would recommend “5-Dot” even on LGA 115x though would agree in adding more to extremely large CPUs like the Threadripper.

Ambient temperature was held at 25c and measured at the intake point of the radiator.  Both 120mm fans were run at their highest RPM for maximum airflow and noise.

Some say that all thermal compounds are created equal and if tested under the right (or wrong) conditions an argument could be made that tooth paste is a pretty good TIM.  I can honestly say I am impressed with the Noctua NT-H2 especially considering that the compound is the only thing that changed between these tests.