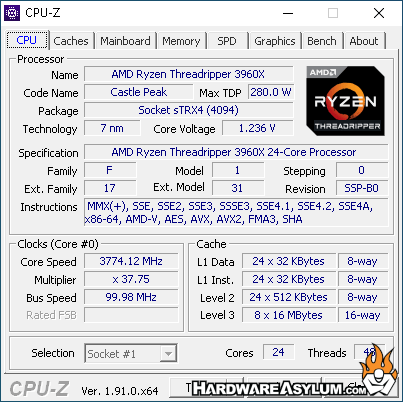 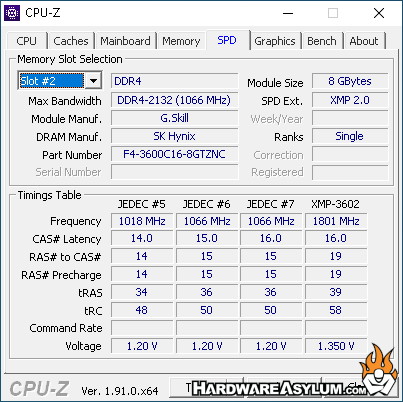 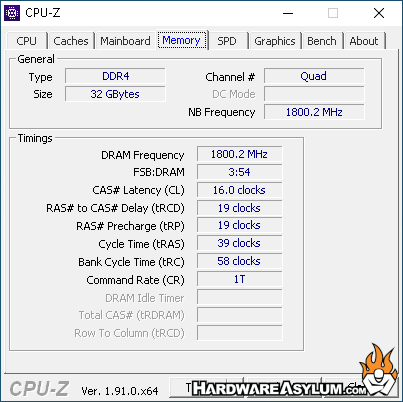 Sandra is a software collection of synthetic benchmarks that will give us a basic idea as to what a system is capable of. It should be noted that SiSoft numbers change depending on what hardware is being tested.  These were recorded using Sandra Professional Version 28.61.2018.12 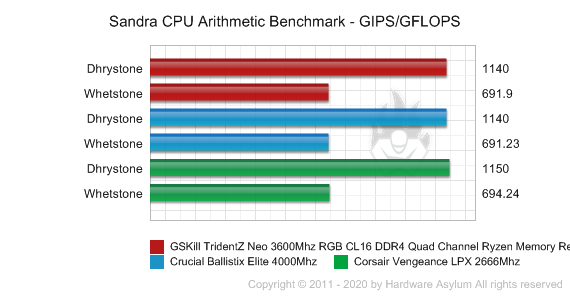 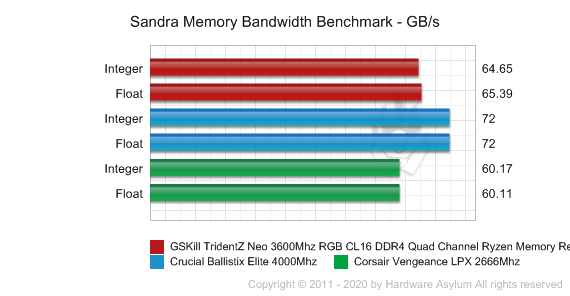 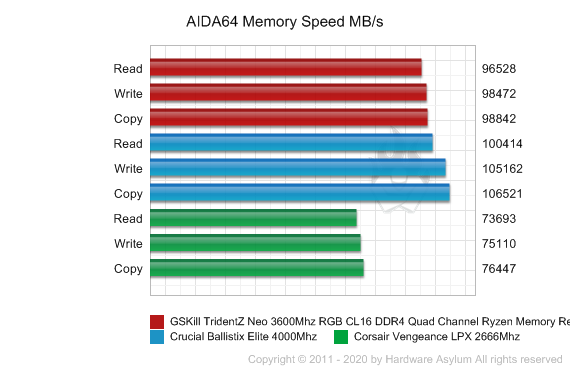 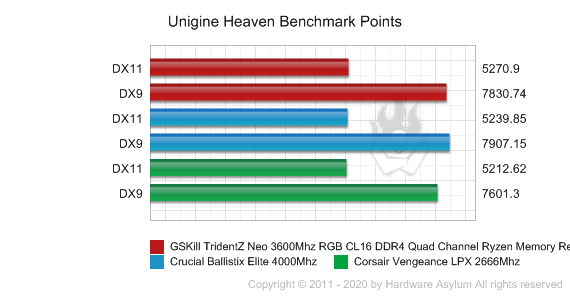 Enabling XMP is by far the fastest way to increase system performance and was the basis of this review.  To give these numbers some context we matched them up against two different sides of the memory spectrum.  On the upper end we have 4000Mhz Crucial modules, this is a quad channel 32GB kit which pairs nicely with most Ryzen systems.  On the lower end we have an extremely old set of Corsair 2666Mhz modules that I first acquired when DDR4 first hit the market.  The Corsair set is only 16GB.

From a performance standpoint the GSkill TridentZ Neo modules do extremely well and are configured to offer the best performance.  Our synthetic tests show you that faster is generally better and the Crucial modules come out on top.  The same is true with AIDA until we get to Latency and as you know lower is better.  The Trident Neo modules offer the lowest latency of the entire bunch.

Unigien is a video card benchmark that responds well to subsystem efficiency.  It is difficult to see but DX9 performance his highest with the Neo modules and a very close second in DX11.  The final benchmark is PCMark 10 and is our full system entry.  Hands down the Trident Neo modules are the fastest and what was the fastest setup in synthetic numbers is now the slowest.

As a competitive overclocker I can appreciate big bandwidth however performance must be well rounded in the real world.