Gigabyte Z87 motherboards come with a completely redesigned UEFI dashboard to replace the failed 3D BIOS system.  The new dashboard is highly customizable allowing you access to all of the major features needed for overclocking and system monitoring.  A little known feature of the dashboard is the ability to create custom views and store only the features you intend to change.  This way if you wanted to configure a dashboard for system tuning you can include the basic CPU and Memory features while leaving the advanced ones buried in a sub menu. 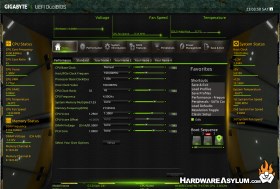 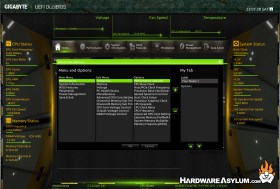 In the past we criticized that the new dashboard feature was only viewable if you had a native 1080p monitor.  It would seem that Gigabyte has finally resolved the display issue allowing us to see the full dashboard on our expensive 30 inch monitor.

You can still toggle the resolution between the normal and enhanced views.  The normal view removes the extra monitoring items and makes the menus larger. 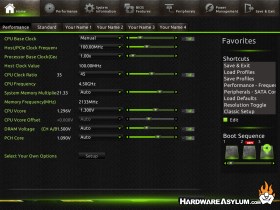 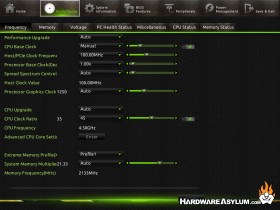 Pressing F2 will access the classic/advanced mode which follows a standard UEFI bios in look and layout. 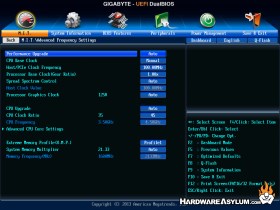 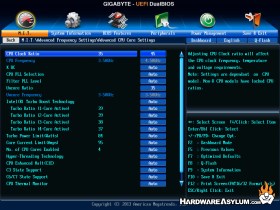 Below are some of the more interesting screens found in the G1 Sniper Z87 BIOS.(in no particular order) 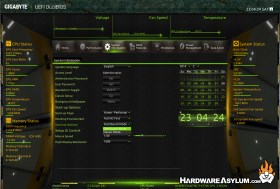 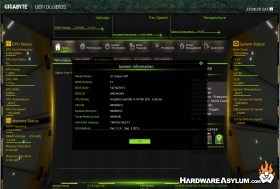 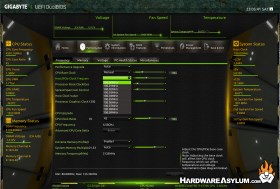 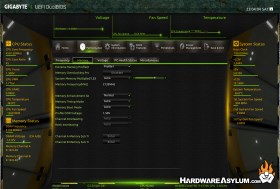 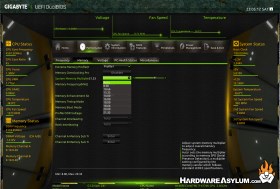 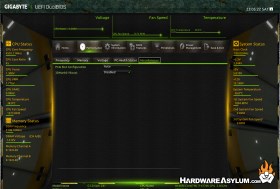 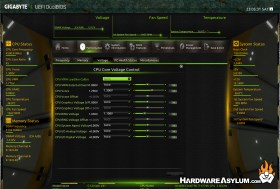 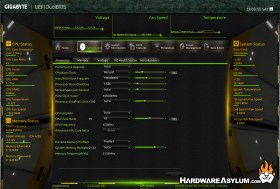 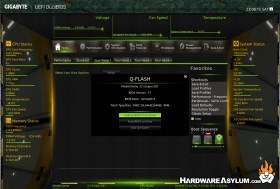 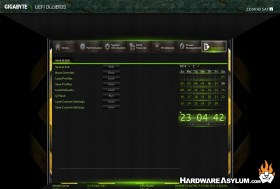 As with all BIOS menus it is a good idea to root around and identify all of the settings you are looking for and discover what their dependencies might be.  We are really happy to see that Gigabyte changed the scaling so the full dashboard could be viewed on a 30 inch monitor. (or any non-16:9 resolution)