Gigabyte Z77 motherboards come with a new version of their 3D BIOS system that has been split into two basic parts.  The first is the 3D BIOS mode that shows you an illustration of the motherboard with hotspots over the areas you are allowed to change.  These give you an idea as to what you are tweaking and a better understanding as to how your changes will affect the system.

If you select any of the icons at the bottom you will enter the advanced mode which is similar to the standard UEFI bios in look and layout.  For most standard overclocks the primary menu will be enough, however not everything is available from the main screen.

Below are some of the more interesting screens found in the GA-Z77X-UD4H BIOS. (in no particular order) 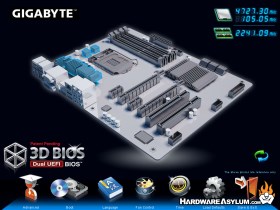 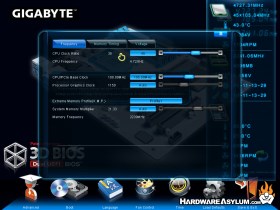 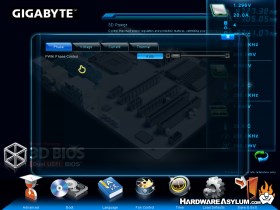 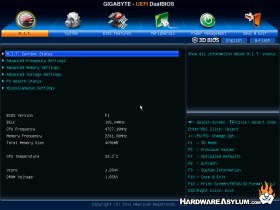 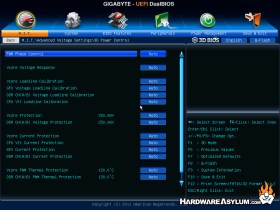 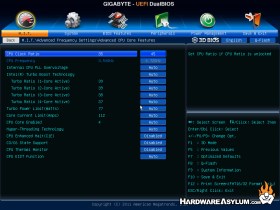 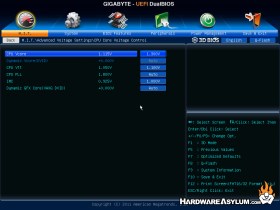 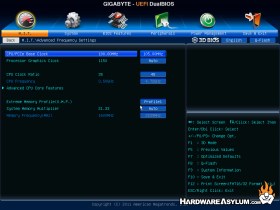 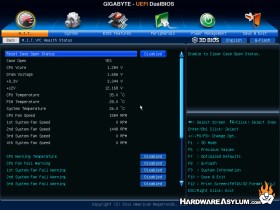 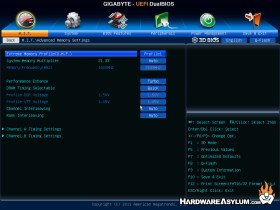 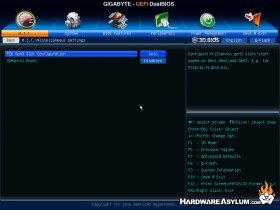 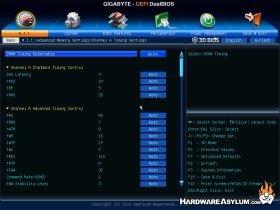 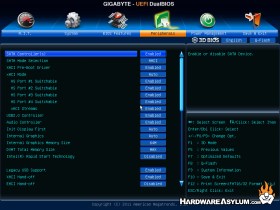 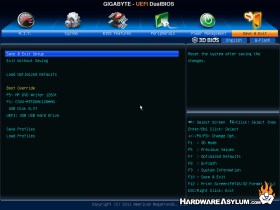 As with all BIOS menus it is a good idea to root around and identify all of the settings you are looking for and discover what their dependencies might be.  We found that this board is a little light on bios settings compared to some of the other boards we have used.  This isn't really a bad thing but does limit what you can actually tweak.

Gigabyte has also included a Windows program called Touch BIOS which allows you access to many of these screens and make changes from within Windows.  Try both options and decide which one you like best.
Motherboards