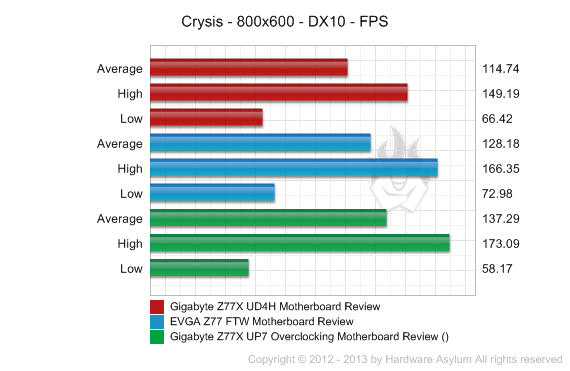 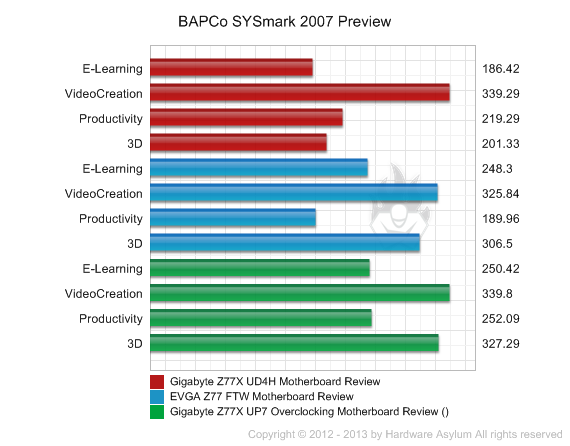 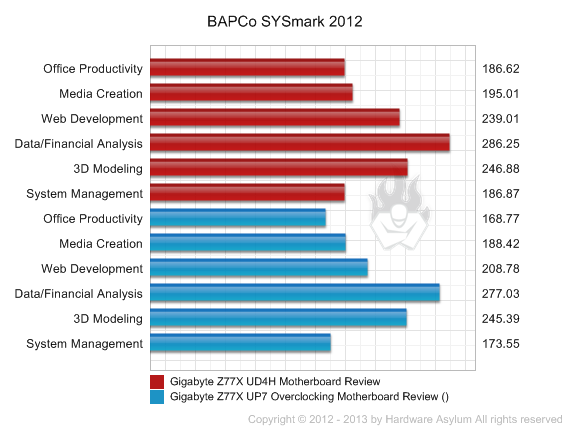 Futuremark PCMark 7
PCMark 7 is a overall system benchmark designed for Windows 7 that combines more than 25 individual workloads covering storage, computation, image and video manipulation, web browsing and gaming. The PCMark score is completely portable however to recreate it the score completely you will need almost identical hardware.

Real World Conclusion
Our real world benchmarks are designed to illustrate a cross section in performance that covers gaming, video encoding, content creation and everyday office applications.  Our results are pretty straight forward with a few changes from what we had expected.  For instance some of our game tests are up while one of the full system tests was down.  Normally this can be attributed to UEFI tuning and memory compatibility.