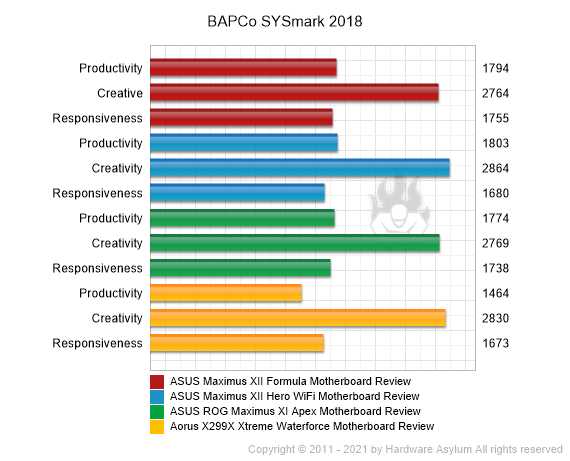 There are two benchmarks in my benchmarking suite that I trust over all others to provide good "real world" results.  BAPCo SYSmark 2018 and PCMark 10.  These benchmarks use reall applications to simulate load and record the results.  Each run can be verified and running them more than once will often result in the same score.  As a result it doesn't mater if you have a super fast multi core CPU if it doesn't translate into better overall performance.

Likewise these benchmarks can also help to isolate bottlenecks which can be just about anything in a modern PC.