What makes a motherboard luxurious?  Several years ago I would say the copious and liberal inclusion of gold would be the de facto standard however, that fell out of popularity once RGB was introduced.  These days just about every motherboard on the market comes with an RGB controller and that alone is not luxury.

For the ROG Maximus XII Formula I consider the luxury features to be unique to a product and designed to make it standout and be unique to a certain niche of enthusiast system builder.

As you can see the XII Formula features a full coverage shroud that is designed to shield just about every aspect of this motherboard from the large I/O cover to the PCB between the expansion slots.  It even covers the edge over the power and reset buttons. 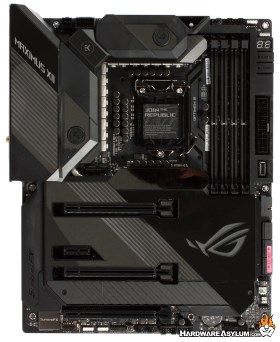 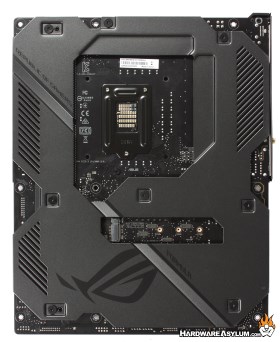 Looking at the back of the motherboard we can get an indication as to how the board is constructed, most notability, how the PCI Express slots are wired and location of M.2 drives.  Thing is, the Formula features a full coverage back plate that not only hides these important elements but also fully reinforces the PCB allowing it to handle more stress and dissipate excess heat.

Eight screws hold the backplate to the PCB and by removing it we can see that thermal pads have been added behind the VRM along with plastic standoffs to help space the backplate away from the PCB. 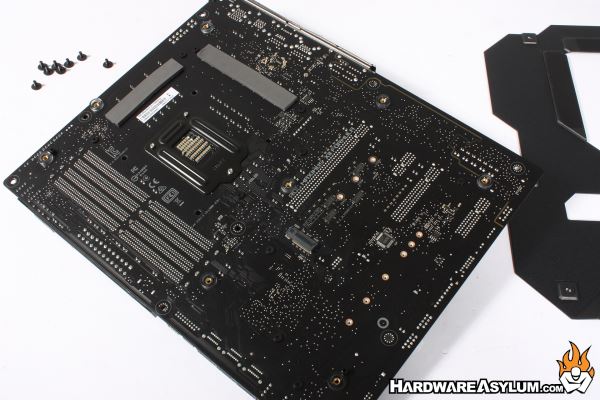 You will also notice that one of the three M.2 slots is located on the back of the motherboard.  We will cover that a little later in the article.

Looking around the CPU socket you will find what appears to be a 16 phase power supply based on the number of chokes around the CPU socket.  According to the documentation this is a true 16 phase VRM encased in an extremely large heatpipe connected heatsink.  This VRM design is based on a teamed architecture that removes the doubler for cleaner power.  The controller is ASP1405I supporting 70A VCC MOSFETS on this board. 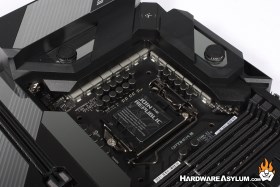 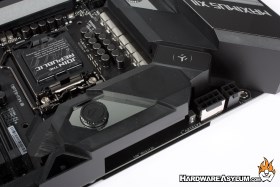 One of the many luxury features found on the XII Formula is the inclusion of the EK CrossChill VRM cooler.  This is a special hybrid VRM cooler design that can be used in a watercooling loop.  Of course if you aren’t ready for DIY watercooling the motherboard will run just fine without it being hooked up.

Behind the VRM cooler you'll find the CPU Power connections comprised of a single 8-pin and single 4 pin power connector.  Access to the connector is good allowing power cables to be installed and removed with ease.  I especially like the metal encasement for extra strength.