The Foxconn Quantum Force motherboard line has gone thru a lot of controversy and turmoil since the hay days of the Blackops and Bloodrage, and while the brand survives we often find ourselves asking the question. "Will there be another?"

As for market position Quantum Force motherboards were never designed to be super high-end products but rather enthusiast class motherboards that are sensible in their design.  The boards excelled by providing you what you needed based on what the chipset and processor platform could provide.

In this review we will be looking at the P67 offering from Foxconn Quantum Force called the Rattler.  The Rattler designed with a few special features to enhance your overclocking enjoyment but follows a principal of only offering the essentials needed for an enthusiast system.  Most great overclocking systems follow this model, and with varying degrees of success. 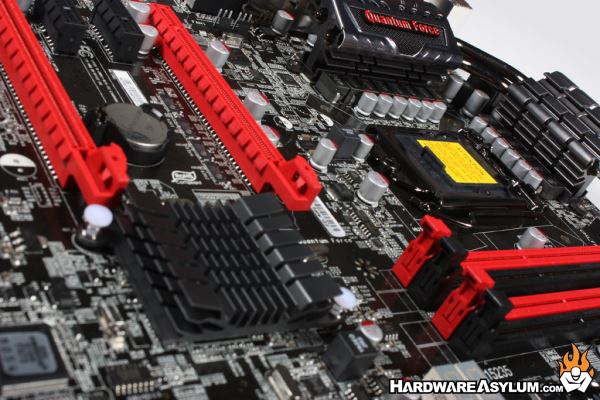 The Enthusiast Diamond in the Rough
Let's face it the Sandy Bridge platform was never intended to be an enthusiast powerhouse, however given the cost and performance it can be a difficult system to ignore.  There are basically 2 types of Sandy Bridge LGA 1155 processors in the new Core architecture with "K" parts being available at the i5 and i7 level.

Out of the box the 1155 is BLCK limited meaning that all of the system clocks are tied together, and depending on your motherboard can cause the entire system to crash with even a 1Mhz overclock.  "K" series processors get around this limitation by allowing you to freely adjust the CPU multiplier.  It is these "K" processors that sparked the enthusiast movement on Sandy Bridge, and where there is a movement you'll find specialized motherboards to match.
Motherboards